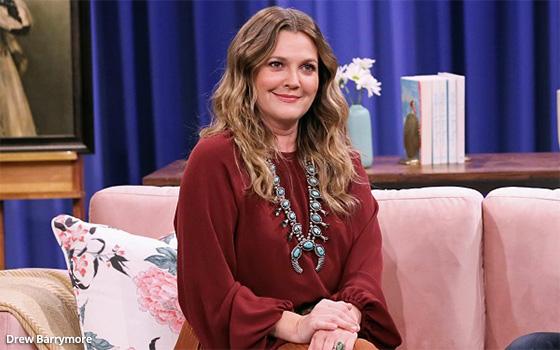 The news that Drew Barrymore is reportedly shooting a daytime talk-show pilot is a sign that legacy broadcasting is not dead yet.

This news, which made headlines last week in the television trade press, draws a new round of attention to the business of local television, and the apparent continued health of the first-run syndication marketplace that supplies local TV with nationally distributed original content.

According to the reports, Barrymore is filming a pilot for a talk show that will then be shopped to local stations by CBS Television Distribution -- syndicator of long-time hits such as “Judge Judy,” “Dr. Phil,” “Entertainment Tonight,” “Wheel of Fortune” and “Jeopardy!”

If station program directors like the show and agree to pick it up, this Drew Barrymore show would most likely start in fall 2020.

But long before that, this coming fall (starting next month) will bring the debuts of three other new syndicated daytime talk shows -- “The Kelly Clarkson Show,” “Tamron Hall” and “The Mel Robbins Show.”

Clarkson’s show is from NBCUniversal, formerly the syndicator of Steve Harvey’s daytime show, which has now ended. She now assumes his time periods on a number of stations -- many of them owned by NBCU.

Hall’s show is from Disney/ABC. “Mel Robbins,” hosted by the journalist and motivational speaker, is from Sony Television. Another potential daytime talk show -- “Jerry O,” from Twentieth Television and hosted by actor Jerry O'Connell -- is currently in the middle of a summer test run on Fox-owned stations.

For Barrymore, 44, this CBS pilot represents the second time she has dipped a toe into the waters of daytime talk. In 2016, a Barrymore talk show was under discussion at Warner Bros., but it went no farther.

Hope does spring eternal, doesn't it? The history of first-run syndication is littered with the names of talk shows and talk-show hosts who all took their shot at it and fizzled out after one or two seasons (depending on how many seasons they were contracted for).

Why should Tamron Hall, Mel Robbins, Kelly Clarkson, Drew Barrymore or Jerry O believe they can succeed where so many others have failed? Because despite all of the handwringing over the erosion and fractionalization of TV audiences -- particularly when it comes to the shrinking of audiences in daytime time periods on local TV stations -- the demand is still there from those very same stations because when all is said and done, they have to put something on the air.

In recent years, there had been a noticeable trend away from what some might consider big-budget, big-name syndicated shows, in favor of video-clip cheapies whose content was culled from YouTube and other amateur video sources.

Low-budget gossip shows such as the New York Post-inspired “Page Six” TV show also came and went. Perhaps these shows saved their producers and their affiliates money, but they did not attract audiences.

Here in the present day, the pendulum appears to have swung back the other way. The launch of talk shows with stars whose names are reasonably well-known (Clarkson, Hall, Barrymore and possibly Robbins) represent a greater investment in talent and production than the recent wave of cheapies.

For the hosts of these shows, the rewards can be great. If the shows are successful, long runs can mean years of profitable, steady employment. It has long been a truism of the syndicated television business: Successful talk show hosts always grow rich. In fact, even if their shows last only two years, the pay is great.

If history is any guide, the odds do not favor all of the new entries succeeding. Nevertheless, the companies that produce and distribute these shows seem never to give up trying.