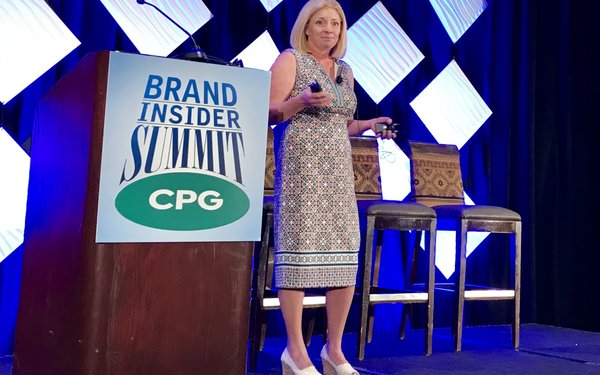 Rust-Oleum wanted to go beyond its core users to capture and inspire the next generation of DIYers. It saw how Millennials had grown up with social, where the things they post "have to be perfect," as Lisa Bialecki, Senior Dir. Communications, Rust-Oleum, told Wednesday's Brand Insider Summit. They have a "fear of mucking up" or FOMU. The brand's idea was to eliminate that fear and to celebrate the doing.

With "Pride in the Making," Rust-Oleum focused on creative content. By leveraging consumer-generated content and using real customers doing real projects, it created videos to share on social channels. "It is so hard for a brand to let go like that," said Bialecki. It put a casting call videos on social channels and asked people to send in their videos.

"We weren't talking like a brand," she said. "We wanted to make it simple." By featuring people, the videos gained wider currency because those people shared it with friends. "We had never focused on the smiles before."

Rust-Oleum has a creative studio of 8,000 passionate users of its product. It leverages insights from their volunteers on every thing from a new label to a new color.

The videos appear in banner ads and on native and weather-triggered banners, pushing the viewer toward an action. Native, she said, is performing very well. Launched a month ago, the weather-triggered ad tells viewers which day is perfect for taking on their projects because it's less than 90 degrees, more than 60 and not too humid. Ideal conditions.

Brand lift was 79% higher than average for this vertical.

Brand life was 44% higher than average in North America.