Third Democratic Debate Next Month On ABC: By The Numbers 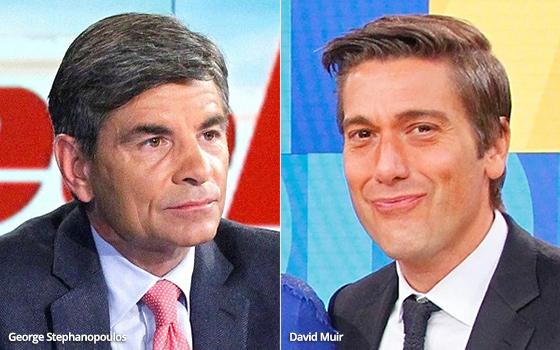 The number of Democratic candidates qualifying for next month’s third round of debates in Houston might be nearly cut in half, but ABC News hopes to stretch them over two nights anyway.

The network does give itself an escape hatch, however, from this two-night commitment: If the number of candidates who qualify for these debates comes in at 10 or less, the debates will be held on just one evening -- Thursday, September 12.

If not, the debates will continue on Friday night, September 13, with the pool of qualifying candidates (at minimum, 11 of them) being divided over the two nights.

“For the two-night scenario, ABC News, in accordance with the DNC, will hold a selection event on August 29 to randomly assign the candidates to each night,” said a press release from ABC News that was sent out to journalists on Wednesday. Let us hope none of the candidates randomly chosen to appear on Night Two are superstitious about Friday the 13th.

The news release discussed the one-night vs. two-night decision this way: “If more than 10 candidates qualify under the rules, the debate will take place over two nights.”

From this, the TV Blog made its interpretation that the minimum number of qualifying candidates must be 11 if this third debate is to stretch over two nights. The two previous debates earlier this summer featured 20 candidates -- 10 on each of two evenings. A number of those candidates are not expected to qualify for this third debate, but no one knows how many just yet.

ABC News likely prefers two nights to one, if only to showcase its top news talents on two consecutive evenings in prime time. Whether viewers -- i.e., the electorate -- will benefit from two nights of debates featuring a minimum of five candidates on one night and six on the other is a matter of opinion.

Some who watched the previous two debates -- one on NBC and Telemundo, and the other on CNN -- might be grateful for just one night in this third go-round. Others, however, might appreciate two nights in which the number of candidates seen on each evening is substantially less than the 10 that filled the stages on each night of the previous debates.

ABC's release did not say whether each night’s debates would run for two or three hours, but it did announce its roster of moderators and commentators. The four moderators will be George Stephanopoulos, ABC News anchor David Muir, correspondent Linsey Davis and Univision anchor Jorge Ramos (Univision is partnered with ABC in this debate).

As for the requirements for qualifying for the third debate, ABC News laid them out in its news release. “In order to qualify for the September debate, candidates must cross polling and grassroots funding thresholds,” the release said.

“Candidates must receive 2% or more support in at least four national polls, or polls conducted in the early-voting states of Iowa, New Hampshire, South Carolina and/or Nevada. These polls must be sponsored by an approved organization and publicly released between June 28 and August 28,” it continued.

“Any candidates’ four qualifying polls must be conducted by different organizations or -- if by the same organization -- must be in different geographical areas. Candidates must have received donations from at least 130,000 unique donors over the course of the election cycle, with a minimum of 400 unique donors per state in at least 20 states. Qualifying donations must be received by 11:59 p.m. on August 28 for the September debate.”

The relevant dates -- August 28 for the last qualifying donations and August 29 for assigning candidates to each debate night (should there be a need for two) -- are all next week. Look for a very active news week on the political media front.