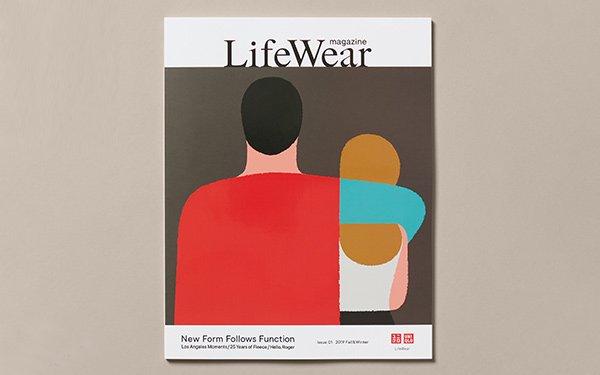 Publishers may be faced with inexorable declines in ad pages, but some brands are still showing an appetite for custom-published magazines.

Uniqlo Co., the casual-wear designer owned by Japan’s Fast Retailing Co., debuted a free 120-page magazine called LifeWear to coincide with next month’s introduction of its fall and winter collection. The company plans to publish the title twice a year.

Uniqlo is the latest company from outside the publishing industry to start its own title as part of its broader marketing efforts. Office-supplies chain Staples Inc., Magic Lab’s dating app Bumble, room-sharing giant Airbnb Inc. and Facebook Inc. have created print titles in the past couple of years.

The first issue of Uniqlo’s LifeWear features a mix of photo spreads dedicated to the brand, feature articles and city guides.

Roger Federer, the tennis champion who ended a 20-year relationship with Nike Inc. last year to sign a $300 million sponsorship deal with Uniqlo, is profiled in a piece sub-titled “30 Questions with Roger.”

An English-version of the magazine is available on Uniqlo’s website. The print version will arrive in U.S. stores next month.