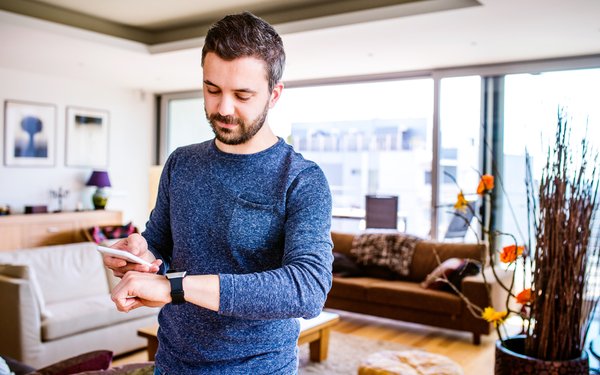 Early adopters seem to be driving the consumer IoT market.

Ownership of leading-edge electronic devices is dominated by early adopters, according to a new study.

Early adopters own 61% of all virtual reality headsets, 49% of all smartwatches and 43% of all smart speakers, according to the multinational survey conducted by IHS Markit.

Of the 12 device types inquired about in the survey, early adopters said they have access to nine devices per household, compared to four for mainstream households.

Early adopters accounted for 8% of the population in the countries surveyed, which included the U.S., U.K., Japan, India, Germany, Canada, Brazil and Australia. The other groups were identified as mainstream consumers, accumulators and validators.

Early-adopter consumers have higher incomes than the other groups surveyed. For example, 58% of those in the U.S. earned salaries between $60,000 and $149,000.

“When it comes to acquiring the latest technology, early adopters dramatically outperform all other types of consumers, including mainstream buyers, accumulators and validators,” said James Allison, principal analyst, consumer devices, at IHS Markit.

The coming challenge for connected device makers is to reach well beyond the early adopter to take the IoT more to Main Street.

The other option is to seek more early adopters or convince some consumers to jump earlier into the moving river of technology.