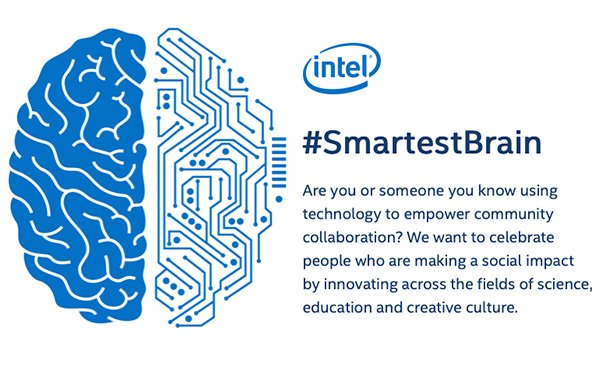 Vox Media's in-house creative agency has named the winners of the purpose-driven campaign and contest sponsored by Intel, which awarded three entrepreneurs a computer equipped with an Intel Core Processor.

Called the #SmartestBrain campaign, the eight-week-long contest came to a close July 29. Three winners were announced with feature stories on Vox.

The winners were chosen for their efforts “using technology to empower community collaboration.”

“We want to celebrate people who are making a social impact by innovating across the fields of science, education and creative culture,” according to the Intel-sponsored hub on Vox describing the campaign.

One of the winners, Christa Hasenkopf, is an atmospheric scientist whose goal is to make the world's air-quality data transparent and accessible. Her work through her nonprofit OpenAQ aims to build an open, real-time air-quality data hub.

Land Arnold is another one of the winners. A longtime bookseller at Letters Bookshop in Durham, North Carolina, Arnold wants to build an interactive map and database to foster a stronger local reader culture.

Amanda Jung, a recent college graduate and Korean American, was the third winner of the Intel-sponsored campaign. Jung is working to gather stories from people of different backgrounds to learn how their relationships with film and media affect their aspirations.

Throughout the campaign, promotional content from Intel was featured on Vox, spotlighting entrepreneurs who have had an impact on science, healthcare, education and creative culture.

One of the sponsored articles, for example, profiles Mike Porath, founder of The Mighty, a social network for people with chronic illnesses, mental health disorders and disabilities.

Update: An earlier version of this story said the contest closed yesterday. It closed July 29.