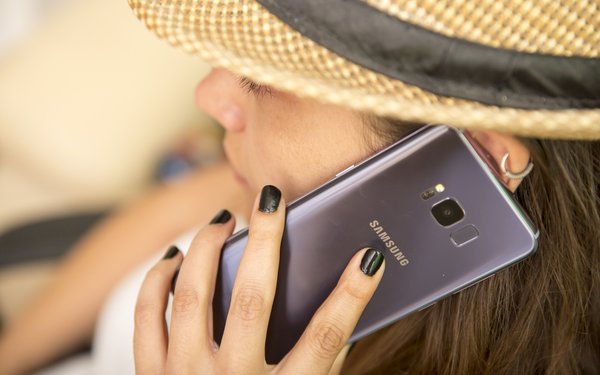 A group of Facebook users can proceed with a lawsuit accusing the company of violating their privacy by scraping data about phone calls and texts from Android devices, a federal judge has ruled.

Last week, U.S. District court Judge Richard Seeborg in the Northern District of California rejected Facebook's argument that the potential class-action lawsuit should be dismissed on the grounds that the users hadn't shown how they were injured by the alleged data collection.

“If plaintiffs or other members of the putative class failed to update an older version of Android such that they were exposed to Facebook’s alleged scraping prior to giving express consent for such data collection, this would be enough to establish injury-in-fact,” Seeborg wrote in a 15-page ruling.

The judge added that his ruling comes at an early stage in the proceedings -- meaning that Facebook could still ultimately prevail after the evidence is developed through litigation.

The legal dispute dates to March of 2018, when several Android users sued Facebook for allegedly gathering information about their calls and text messages. The lawsuit came shortly after Facebook user Dylan McKay reported that the company had compiled information -- including the names of people called, phone numbers and the calls' length -- for every phone call he made from his Android.

Facebook quickly admitted that it logged metadata about people's calls, but said it only did so when people had opted in.

The Facebook users alleged in a class-action complaint that the company only asked Android users who installed Messenger whether the service could access their contacts -- and not whether the app could also access call and text logs. The users claim Facebook violated California privacy laws, and that its “misleading” disclosures amount to fraud.

Facebook countered in its court papers that it requested permission in a separate screen for Messenger to upload information about people's call and text history.

“Facebook did not rely solely on an Android prompt to obtain consent to collect Plaintiffs’ call and text logs, but also presented a Facebook consent screen,” the company wrote in a motion asking Seeborg to dismiss the lawsuit. Facebook added that it never shared any call or text logs with third parties.

The company also argued that the users lack “standing” to proceed because they hadn't alleged a concrete injury.

But Seeborg found that the consumers alleged two types of injuries. First, the consumers contended that the scraping affected their phones by draining the battiers and depleting storage space. Also, they said Facebook's scraping diminished the market value of their personal information -- which the users claimed amounts to five cents per person.

“Although small in amount, plaintiffs allege more than an identifiable trifle,” Seeborg wrote.

In December of last year, newly surfaced emails appeared to show company executives discussing how they could use a 2015 Android update to capture metadata about people's phone calls. In a message dated February 4, 2015, a Facebook executive said the company's “growth team” planned to update the app's Android permissions to include one that says “read call log.” That email says users will be required to accept the update.

“This is a pretty high-risk thing to do from a PR perspective but it appears that the growth team will charge ahead and do it,” the executive wrote.