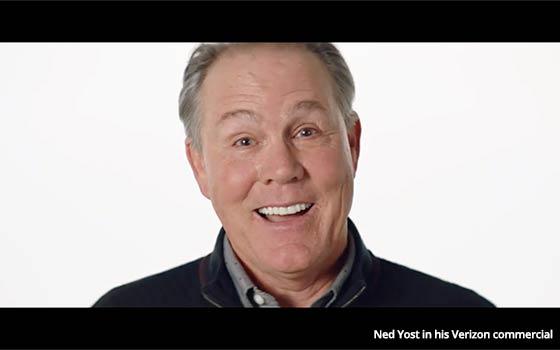 An ad industry watchdog has recommended that Verizon discontinue or revise two television ads that draw on testimonials by customers.

One of the ads, “Ned,” features Kansas City Royals manager Ned Yost, who suffered a broken pelvis after falling from a tree on his property near Atlanta, Georgia.

In the ad, he says his phone saved his life by allowing him to call his wife from “the middle of the woods.”

AT&T challenged the claims to the National Advertising Division, a unit administered by the Better Business Bureau. AT&T contended that the spot was misleading on the grounds that Verizon doesn't actually offer coverage everywhere.

The watchdog found the ad problematic because it suggested that Yost made the call from below ground level.

“When someone falls 22 feet in the middle of the woods, at least one message, if not the only message reasonably conveyed, is that the person was standing on the ground when they fell, and thus that they fell down a hill or canyon,” the self-regulatory group wrote. “Being able to call home after a fall down a ravine in a remote rural area would, indeed, save your life.”

The National Advertising Division also recommended that Verizon revise or discontinue a commercial featuring a young man, “Jarrett,” who says he goes to a lot of musical festivals and enjoys being "the friend with service” at the venues.

“It’s really cool to be able to take a photo, take a video and be immediately able to post it on my social media,” he says in the spot.

The watchdog found that the ad “reasonably conveys the message that Jarrett’s friends do not have service and thus that Verizon has superior capacity at concert venues compared to all other major networks.”

Verizon failed to offer comparative data to support that claim, according to the National Advertising Division.

The organization added that Verizon said it disagrees that consumers would misunderstand the statements in the ads, but also said it will follow the recommendation.