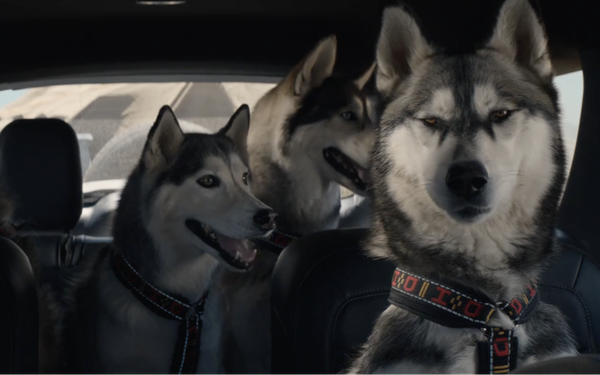 Ford Motor Co. is breaking a campaign for the all-new 2020 Ford Explorer that shows how the vehicle can be used for all of life’s explorations, from everyday family outings such as buying basketball shoes to visiting a pet spa.

The Explorer was one of the original SUVs on the road and for decades has defined the vehicle segment, says Matt VanDyke, Ford director of U.S. marketing.

“Everything about the new Explorer was built with family adventure in mind,” VanDyke says in a release.

In the campaign’s lead spot, “Journey Home,” an astronaut makes a dramatic return to earth, hops into an Explorer, then picks up his kids from school. Further exploration involves stopping at a shoe store to get his daughter a pair of basketball shoes and picking up a precooked dinner at a grocery store.

Narrator Bryan Cranston, the voice of the “Built Ford Proud” campaign, returns for this effort.

“You don’t have to go to another planet to be an explorer,” states the voiceover. “You can be an explorer right here on earth. The all-new 2020 Ford Explorer. It’s the greatest exploration vehicle of all time.”

“Return to Civilization” follows a dog-sled racer who changes places with her canine team, loading the dogs into her Explorer and hauling them from a remote arctic camp to pamper them at a pet spa.