Vaping Criticism: Is It Warranted? 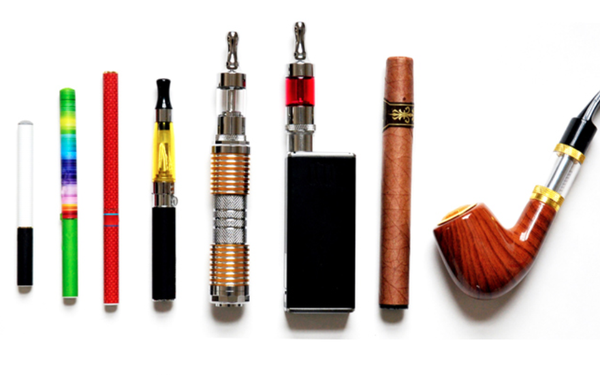 It's almost enough to make you feel sorry for Juul.

The crisis broke the way such things often do, with breathless television anchors delivering the “breaking” news that hundreds of mostly young people have become afflicted with severe lung ailments. Since TV news often elevates drama over facts, things were muddled from the start.

What's clear was that vaping -- the practice of inhaling and exhaling the vapor produced by an electronic cigarette or similar device -- was thought to be responsible for the mysterious lung afflictions. But was nicotine vaping to blame? Cannabis? Both? Was it the quality of what was being vaped?

News coverage quickly turned to companies like Juul, the kingpin of electronic nicotine delivery systems (ENDS), and how evil they are because of their widespread uptake by youths. But if you switched from TV to, say, The New York Times, you quickly learned that established ENDS purveyors might not have had anything to do with the lung damage crisis.

In one paragraph, the Times cut through the billowing clouds of uncertainty by quoting former Food and Drug Administration Commissioner Dr. Scott Gottlieb: “I think this is probably going to be associated with illegal products. It’s not like the major manufacturers have suddenly changed their ingredients.” Gottlieb was referring specifically to vaping products that contain THC from cannabis and oils used to activate the THC when heated.

According to the FDA, 3.62 million middle and high school students were users of e-cigarettes in 2018. In the wake of the recent lung diseases, there are increased calls for an outright ban on ENDS, which first hit the U.S. market some 15 years ago.

Makers of ENDS had been free to enter the U.S. market without premarket approval until 2016, when the FDA gave the Juuls of the world until 2018 to submit applications for the regulator’s safety review process. Gottlieb extended the deadline to 2022.

Two months ago, a judge in Maryland shortened the FDA’s deadline to May of 2020 in a lawsuit brought by anti-tobacco groups.

There are plenty of statistics showing that vaping nicotine has helped many people quit smoking cigarettes, which is a big step forward, given the ill effects associated with burning and inhaling tobacco along with the nearly 600 additives that might be found in a given cigarette. Banning ENDS would deprive these people of an alternative they have found to be far safer than cigarettes.

Which brings us to the black market. Go online and you’ll find thousands of “vaping rigs” for sale. In major cities, you can also order THC flowers and oils and pick them up from local dealers, or just buy them off the street. As one teenager told the Times, “I can buy these oils like a bag of potato chips.”

The FDA has issued a warning telling people to stop buying both bootleg cannabis and e-cigarette products. But unless authorities successfully shut down all black market sellers, people will still be at risk, particularly youths.

The bottom line would appear to be whether Juul and others can convince the FDA that their success in enabling people to quit smoking cigarettes outweighs the rise in nicotine addition.

cpg, tobacco
2 comments about "Vaping Criticism: Is It Warranted?".
Check to receive email when comments are posted.
Read more comments >
Next story loading