Bahamas Could Face Tourism Declines Due To Hurricane 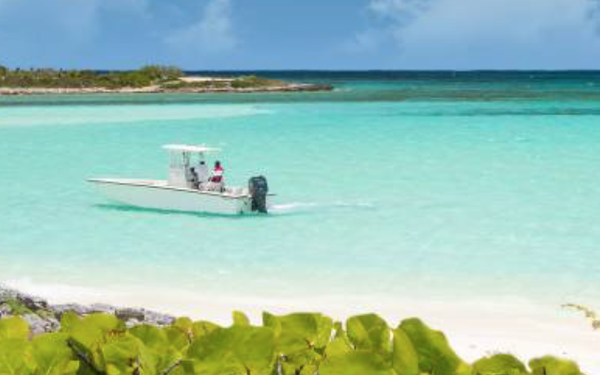 The shocking photos of the Hurricane-struck Bahamas and news stories about the damage are giving some tourists pause. But a newspaper editor in Nassau is asking for help getting the word out that most of the islands are unaffected.

The National Press Club asked newspaper editors in the Bahamas how it could help them to continue reporting the news in the aftermath of Dorian. The professional organization posted the response from Eugene Duffy, managing editor of The Tribune in Nassau, on its website.

Duffy writes that Nassau, which is about 150 miles south of where Dorian hit, was largely unaffected other than some torrential rain and local floods.

“In material terms we have no issues, it's just one of those jobs which swallows the day very quickly with everyone working flat out: you get get on with it,” he writes. “The only thing I would ask is if you could get the message around your members who are reporting the disaster to try and highlight the fact it was not ‘The Bahamas’ which was devastated — just two islands at the north our 550-mile long archipelago.”

Most news coverage has focused on the damage, but there’s more to the story, he writes.

“We rely massively on tourism here with annual three million Americans visiting us on cruise ships or by air,” Duffy writes. “On Friday I was at the airport here in New Providence and there were NO tourists coming in from the States, which will be devastating for the economy here if it continues for any significant period. If reporters can address this in copy or their on-air reports it will help get the message across the vast majority of the country is still open for business.”

The Bahamas Ministry of Tourism & Aviation is asking travelers with plans to visit other islands to keep their reservations. Unaffected islands include some of the most popular destinations including Paradise Island, the Exumas and Cat Island.

The Commonwealth of the Bahamas is dependent on tourism (it’s reportedly about 40% of the country’s GDP). “One of the best ways that people around the world can show their support and solidarity… is to visit our other islands by air or by cruise ship,” Prime Minister Hubert Minnis told the Associated Press.