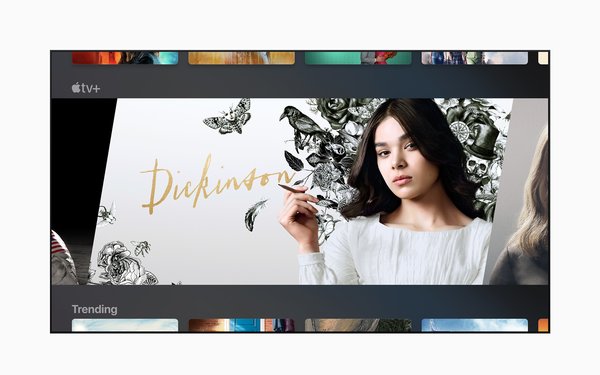 Apple has finally announced a specific launch date for its Apple TV+ SVOD — as well as its pricing.

While Apple reportedly had considered charging $9.99 per month for the new service, the actual price will be $4.99, following a seven-day free trial.

Further — in a move meant to help jumpstart the slowing growth of its device sales — starting now, consumers who buy an iPhone, iPad, Apple TV, iPod Touch or Mac will be eligible for a free year of Apple TV+.

Also, through a “Family Sharing” program, up to six family members will be able to share a single Apple TV+ subscription.

Apple TV+’s $4.99 pricing is the same as that for Disney’s ESPN+, but lower than most of the other existing and coming SVOD competitors.

The ad-supported version of Hulu and CBS All Access are both priced at $5.99 per month.

The price for HBO Max, coming next spring, hasn’t been announced, but most experts say it’s likely to be at least a bit more expensive than HBO, perhaps $15.99.

Apple didn’t promote any of the licensed content it is reportedly planning for Apple TV+, but offered more specifics and trailers for the service’s original at-launch and longer-term programming lineup for Apple TV+.

Originals at launch will include the previously announced Reese Witherspoon/Jennifer Aniston vehicle “The Morning Show,” and “Dickinson” (above), described as “a darkly comedic coming-of-age” series imagining the life of poet Emily Dickinson; and an Oprah Winfrey vehicle that includes a book club, among other programs.

At launch, most Apple TV+ series will premiere with three episodes, with one new episode to roll out each week, but full seasons of some series will be available all at once.

Apple TV app subscribers will be able to buy and use the new service online and offline, including on the web at tv.apple.com. The Apple TV app comes pre-installed on iPhone, iPad, Apple TV and iPod Touch, and will soon be on Mac with macOS Catalina. The Apple TV app is also available on select Samsung smart TVs, and will come to Amazon Fire TV, LG, Roku, Sony and VIZIO platforms in the future, according to Apple.

Apple TV users can now watch the Apple TV+ trailers, and be notified when each new series launches.

Audiences worldwide will have access to Apple TV+ originals with subtitles or dubbing in nearly 40 languages, and subtitles or closed captions for the deaf and hearing-impaired. The content will also be available with audio descriptions in eight languages.