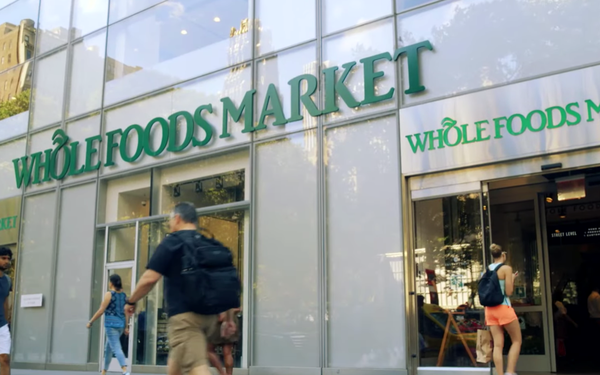 Whole Foods Market may just have come up with the most novel way yet to combat its image as overpriced, releasing new research that proves millennials are happy to pay more for groceries.

The Austin, Texas-based supermarket chain has long wrestled with its “Whole Paycheck” nickname, as well as lawsuits about ways it overcharges customers. Its survey results say 80% of millennials value quality when food shopping and nearly 70% say they are willing to spend more for that quality.

They’re also looking for greater transparency, with 65% saying food sourcing matters to them, especially for meat and seafood. And more than half are willing to pony up for products that have animal welfare standards and are responsibly sourced.

The online survey finds that half say they buy more organic products than they did five years ago. Seventy percent read labels more closely, while 60% fret more about additives and growth hormones.

Whole Foods’ report comes at a time when all eyes in the grocery world are trained on Amazon’s designs on the $840 billion grocery market. It acquired Whole Foods for $14.3 billion back in 2017 and seems poised to pounce in multiple directions.

But increasingly, Whole Foods seems less like the crown jewel of Amazon’s grocery ambitions. Growth has slowed, and earlier this year, it put the kibosh on its 365 stores, a poorly received attempt to woo millennials with lower prices.

Meanwhile, Amazon has been aggressively focusing on delivery, expanding the number of markets where it now promises delivery in a one- and two-hour time frame.

Earlier this year, The Wall Street Journal  reported Amazon was signing leases on dozens of grocery stores in U.S. cities, expanding its physical operations beyond the Whole Foods footprint. This summer, The New York Times said Amazon was closer to an even more ambitious new chain, offering plenty to buy in-store, as well as pickup and delivery items that complement Amazon’s growing prowess in online groceries.

And while Amazon didn’t comment, those reports led to all kinds of juicy speculation about Amazon’s latest take on Whole Foods. They had headlines like "Are Amazon, Whole Foods divorcing, or just working on their marriage?"

And "Amazon is struggling to convince Prime members to go to Whole Foods."."