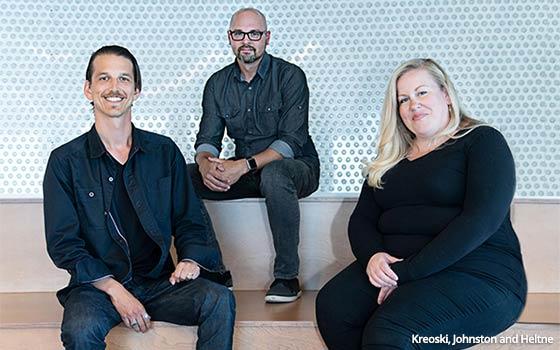 Y Media Labs (YML) is raiding ad agencies to round out the design and innovation leadership team, which arrives on the heels of Stephen Clements joining as CCO  from AKQA in late 2018 and Stephanie Wiseman joining as vice president, business development from Work & Co in early 2019.

“YML hires have typically come from the tech companies and startups of Silicon Valley — which is very much in our DNA,” stated Stephen Clements, CCO, YML. “Now, we are augmenting this talent with the best and brightest from agencies, people who can bring the kind of agency experience and level of service our growing client roster expects.”

Ashley Heltne recently departed R/GA New York and joins as director of client services to handle its client roster, which has included State Farm, The Home Depot and PayPal.

In this newly created role, Heltne will relocate from NY to YML's Redwood City, CA office.

Also, Joe Johnston will join YML in its Atlanta location to serve as creative director and co-head of studio. He previously worked at Sparks Grove, a division of the global consulting firm North Highland, and Huge in Atlanta.