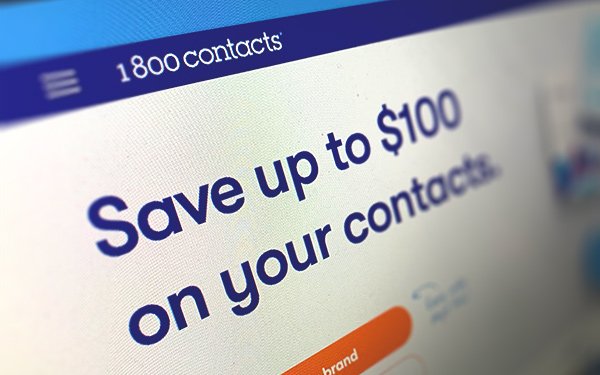 Contact lens company 1-800 Contacts violated antitrust law when it “coerced” competitors to enter into agreements that restricted their search ads, a group of law professors is telling a federal appellate court.

Those agreements harmed Google and other search engines by depriving them of ad revenue, and harmed consumers by denying them information, the law professors write in a friend-of-the-court brief filed Thursday with the 2nd Circuit Court of Appeals.

The academics -- including professors from Harvard, Stanford and NYU -- are asking the court to uphold the Federal Trade Commission's finding that 1-800 Contacts violated antitrust law.

The battle centers on efforts by 1-800 Contacts to prevent rivals from using its trademark to trigger search ads. From 2004 through 2013, 1-800 Contacts sued or threatened to sue 15 competitors over alleged trademark infringement on search engines.

Fourteen of the companies entered into agreements requiring them to restrict use of the phrase “1-800 Contacts” in search advertising. Only Lens.com fought the lawsuit, which ended in a ruling largely in Lens.com's favor.

Last year, the FTC ruled 4-1 that 1-800 Contacts broke the law with the agreements. The contact lens seller is now appealing that finding to the 2nd Circuit.

1-800 Contacts argues that it shouldn't be subject to an antitrust prosecution for either bringing or resolving trademark claims.

The retailer has drawn support from several outside groups, including the American Intellectual Property Law Association. That organization argued in a friend-of-the-court brief that the FTC's ruling will discourage companies from settling disputes out of court.

But the academics say the settlement agreements went too far. They contend that 1-800 Contacts “coerced its competitors to sign agreements that reached far beyond anything trademark law might protect and used litigation to try to prevent competition rather than to protect its trademarks.”

The academics also challenge the idea that using a rival's name to trigger a search ad can infringe trademark.

“Claims that competitive keyword advertising constituted trademark infringement never made much sense,” the professors argue. “1-800 Contacts’ competitors did not seek to use its name in their ads or in any other way visible to consumers. Rather, the rivals simply sought to place their own ads about their offerings in a place where its customers might see them: next to organic search results on search engines like Google.”

They add that companies frequently place products or ads near rivals, such as by “locating gas stations across the street from each other or putting competing products near each other on grocery store shelves.”

Federal courts haven't yet definitively resolved questions surrounding the use of trademarks in search advertising. Google and Yahoo won several lawsuits accusing them of wrongly allowing a trademarked term to trigger pay-per-click ads, as have several advertisers. But judges have allowed other lawsuits over the question to proceed.