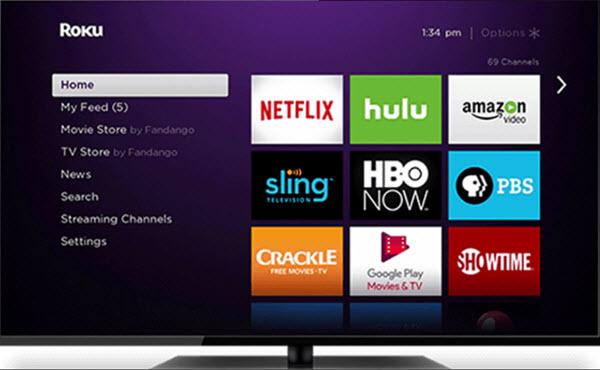 Roku, which has seen its stock price more than quadruple this year, on Wednesday took a big hit as a result of competitive announcements from Facebook and Comcast.

Comcast announced that it will give a free Xfinity Flex streaming box to internet-only subscribers.

Facebook introduced Portal TV, a TV accessory with a camera and microphones that lets users have wide-angle video chats on the big screen, as well as stream content from Amazon Prime Video, Showtime, Starz and Facebook Watch, among other apps.

Comcast has been charging $5 per month for the Infinity Box since it launched in March, whereas Roku can be purchased for a $30 flat fee. But while dropping the fee on the first box, Comcast will now charge $5 per month per box for each additional Flex box, and only two will be allowed, according to The Verge.

The Infinity Box aggregates TV shows and movies for Comcast Xfinity internet customers. Netflix, HBO and Amazon Prime are among the apps accessible through the device, along with “10,000 free online movies and TV shows (including live streaming TV) from ESPN3, Xumo, Pluto, Tubi TV, Cheddar, YouTube and more,” according to the company. The device also enables movie and TV show rentals through Comcast.

Comcast — which just yesterday announced the name (Peacock) and some of the content to be offered by the upcoming subscription- and advertising-supported streaming service it will launch next April — clearly hopes it can attract some cord-cutters.

Facebook’s Portal TV, priced at $149, will begin shipping on Nov. 5. Users who buy two of its Portal devices get a $50 discount.

Roku — which offers a large menu of free content through its devices, as well as access to paid platforms like Netflix ad cable-replacement services like Sling TV — recently reported that it had reached 30.5 million subscribers, up nearly 40% from the previous year.

Some analysts have forecast significant continuing growth for the TV player/platform company, driven largely or in part by the ad-supported Roku Channel. eMarketer estimates that Roku will generate $433 million in advertising revenue this year and $633 million in 2020.

For instance, William Blair analyst Ralph Schackart has predicted that Roku will reach 80 million subscribers, and $4.5 billion in revenue, by 2025.