TV No Longer Has Mass Appeal, And Neither Do Emmys 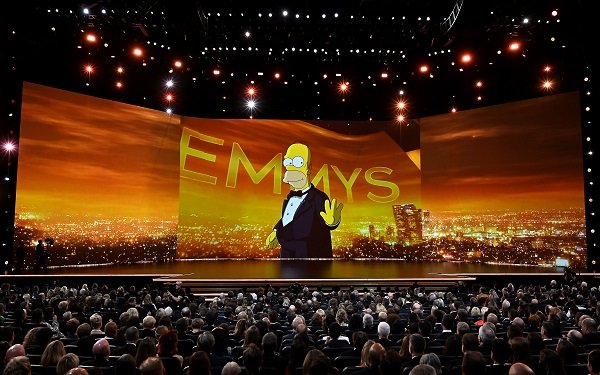 The simple reason why the Emmy ratings are declining every year is because there is no mass-appeal television anymore.

Television today is so fragmented. And one result is that audiences for individual shows -- even the “popular” ones that get all the attention from critics and awards shows -- are so much smaller than what hit shows used to attract in a past era that grows ever more distant.

That number is down significantly from the audience for the 2018 Emmys on NBC -- a then-record low of 10.17 million. The 2017 Emmys on CBS drew 11.38 million. When journalists described this year’s audience with words such as “plummeting” or “declining sharply,” the words were accurate.

One TV columnist even wondered whether the Emmys are unsustainable as an annual event on network television. He conjured up a scenario in the near future in which this awards show, which is supposed to be an annual celebration of the greatness of television, would be relegated elsewhere such as TBS or E!.

Moving the Emmys off of broadcast television -- where it rotates among the Big Four (ABC, CBS, Fox and NBC) -- does make sense when one considers the fact that the four networks are hugely underrepresented among the Emmy award winners.

The result has been that network television in recent years has provided this three-hour prime-time showcase in which the best shows on pay-cable and streaming get to strut their stuff and go home with armfuls of awards.

This is not meant as a criticism of the shows that won this year. For the most part, they are quality productions.

However, only one of them garnered what might qualify as a “mass” audience (and even that is debatable) -- HBO's “Game of Thrones,” which won the Best Drama Emmy for the fourth time.

But in the aggregate, none of these shows have what anyone would characterize as mass appeal. No one would argue they are not artful, however.

But that's the thing: The TV shows now that attract the lion's share of press, social media and awards attention often feel like the equivalent of what were once known as “art-house movies.” Critics and film buffs loved them, but they were not the same as big-budget movies. The same can be said for the “quality” and “arty” TV shows everyone seems to talk about these days.

On that subject, the TV Blog has offered this opinion before: TV shows produced for commercial-free streaming and those that are produced for an environment characterized by the intrusion of commercials would seem to be very different things.

More to the point: TV series made for non-commercial streaming enjoy all sorts of creative freedoms that are not available generally for commercial-supported productions (although the TV Blog acknowledges that somehow the shows on FX seem to be made like the streaming series, but still attract sponsors).

The point is that audiences for everything that is categorized as “television” today are so much smaller than they once were. It stands to reason that the industry’s annual awards show would seem smaller too.

awards, awards show, ratings, television
3 comments about "TV No Longer Has Mass Appeal, And Neither Do Emmys".
Check to receive email when comments are posted.
Read more comments >
Next story loading