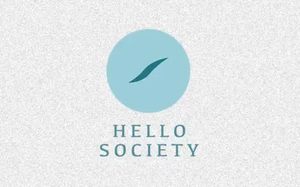 The New York Times has decided its influencer-marketing agency, HelloSociety, will no longer operate as a stand-alone business.

By next year, the Times will combine HelloSociety's services with Fake Love, the experiential agency it also bought in 2016.

Twenty people will be let go, and other employees will be transferred to positions at Fake Love.

“We look forward to being able to work with our clients in a more holistic way and to offer a more integrated set of capabilities that better meet the needs of their businesses,” a Times spokesperson told Adweek.

When the Times bought HelloSociety from Science Inc. three years ago, it began offering its services — along with Fake Love’s — via T Brand Studio, its in-house branded-content studio.

Founded in 2012, HelloSociety combines a social-marketing tech platform with a network of influencers across social-media channels.

The New York Timesannounced earlier this month it was shutting down its Spanish-language section NYT en Español, to focus on its subscription-driven core news for a global audience.

Content will continue to be translated into Spanish and other languages at the Times.