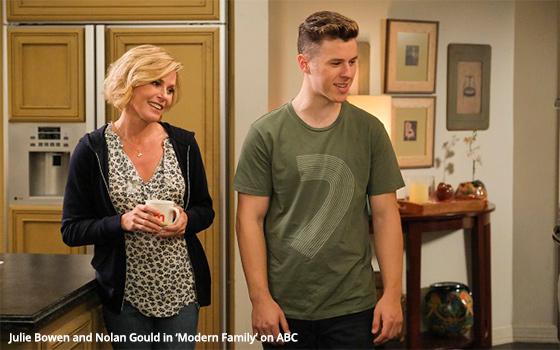 In an era when new TV shows come and go with unprecedented frequency, the TV business has lately undertaken a new approach to easing some shows toward their conclusions.

Instead of letting some of their shows simply drift off into quiet cancellation, a new trend has emerged in which networks brazenly announce that the shows will soon be facing their final curtains.

It is a trend that is particularly conspicuous right now, with at least 10 active TV series in “final season” mode. Some are more long-running than others, including “Modern Family,” which last month started its 11th and final season on ABC.

This season will also be the final one for The CW's “Supernatural” -- its 15th season -- and “Arrow” (just starting Season 8).

“The Deuce” on HBO is now in its third and previously announced final season. Other shows currently on the air for their final bows include “Empire” on Fox, “Poldark” on PBS and “The Good Place” on NBC.

“Madam Secretary” on CBS and “Mr. Robot” on USA Network will both start their final seasons this coming Sunday night (Oct. 6).

And earlier this week on Tuesday, an announcement came from TNT that the next season of “Claws” -- the show’s fourth -- will also be its last. The headline on the press release: “TNT Renews Fan-Favorite Drama ‘Claws’ for a Fourth and Final Season.”

The headline might be confusing to some who might read it and ask: If “Claws” is such a “fan favorite,” then how or why is it going away? Certainly, part of the answer is the same as it has always been: Ratings have perhaps leveled off to such an extent that continuing the show past a fourth season makes little financial sense.

But in today's frenzied world in which the amount of content produced for all forms of television seems to be multiplying every day, there are other reasons for various shows deciding to call it a day.

We live in an era of storytellers, of course, and when some shows decide to come to an end -- such as “The Deuce” and “Claws,” for example -- part of the decision might have to do with the fact that their creators and showrunners have decided their stories have hit the point where it is time to bring them logically to their conclusions.

On the other end of the spectrum, a show such as “Modern Family” (pictured above), revered as it is, is beginning to look long in the tooth. After all this time, we know these families so well that there is little more we can learn about them. Plus, the kids are all grown up. And now, they threaten to hang around the show's three households just a little bit too long.

Other shows might still draw just the right number of viewers to keep them around, in the hopes that one last season might still reap dividends in viewership and sponsorship.

“Madam Secretary” is probably one such show that has just enough of a following to earn a “final season” send-off, rather than just dropping it from the CBS lineup with no fanfare.

In other instances, personnel involved in some shows might be eager to accept other offers and opportunities that are now coming their way.

With so much scripted content being produced for broadcast networks, basic and pay-cable, and all the streamers, the services of top writers, producers and actors are in hot demand. This makes it difficult for them to stay put and commit themselves to the same shows year after year.

Where “Mr. Robot” is concerned, the show's star Rami Malek, won an Oscar for playing Freddie Mercury in the Queen movie “Bohemian Rhapsody” and might now be eager to embark on a new phase of his career as an A-list movie star. And here again, maybe the “Mr. Robot” storyline is ready to come to an end as well.

“Empire” is probably another show that might have been on the cusp of cancellation last season, particularly in the wake of the Jussie Smollett scandal. And while that story probably put a dent in the show’s popularity, this show is probably also ready to bring its story to a close, and its cast members might be ready to move on.