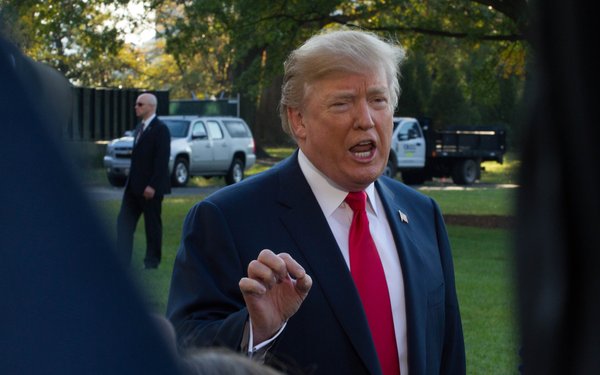 CNN has turned down two Trump campaign ads -- one about candidate for U.S. President and former Vice President Joe Biden, called "Biden Corruption" and another called "Coup" -- due to false claims.

A CNN spokesperson says, with regard to the Biden commercial: “CNN is rejecting the ad, as it does not meet our advertising standards. Specifically, in addition to disparaging CNN and its journalists, the ad makes assertions that have been proven demonstrably false by various news outlets, including CNN.”

Since October 1, the "Biden Corruption" spot has aired five times on Fox News Channel, twice on Bravo, and one time each on CBS and MSNBC, according to iSpot.tv.

With regard to “Coup,” which the Trump campaign wanted to be carried on both CNN and Turner Sports, a spokesperson says: “Our company accepts political and advocacy advertising across the political spectrum. Advertisers must substantiate all factual claims made in their ads. We cannot accept this ad as it contains statements of fact that are not true.”

The statement continued: “The ad contains assertions of fact about the whistleblower complaint that have been refuted by the Intelligence Inspector General. In addition, it is inaccurate to use the word 'coup' to describe a constitutionally prescribed legal process.”

Recently, a whistleblower filed a complaint concerning a Presidential phone call with the president of Ukraine asking for a “favor” to investigate potential U.S. Presidential opponent Joe Biden. Days before that phone call, U.S. military aid for Ukraine was delayed.

After news of this surfaced, the U.S. House of Representatives almost immediately announced the formal beginning of an impeachment inquiry.

CNN also says it received an ad submission from Donald J. Trump for President entitled “Changing Things.” CNN says: “We have accepted that ad as it meets our commercial clearance standards.”

A year ago, just after a Trump-backed anti-immigrant commercial aired on NBC and Fox News, both networks then said they would no longer air the commercial due to consumer backlash. CNN rejected the ad outright, calling it racist.

The company spot ran during NBC's “Sunday Night Football” and on MSNBC. On Fox News and Fox Business, the ad ran about a dozen times before being pulled.