The New Business Case for Video Across Big and Small Screens 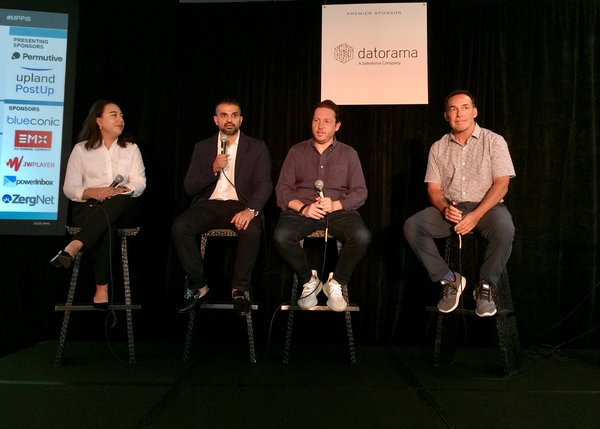 Thrillist' s Jody Rones and WAVE's Andy Wiedlin went at it at Friday's Publishing Insider Summit in Austin, debating the best length of an ad yet united against the duopoly. It was pretty good theater.

Advertisers are bipolar, noted Wiedlin, Chief Business Officer at WAVE. They want the scale of a Facebook or YouTube but at the same time no one loves the preroll or the mid roll. "Consumers love branded content," he said, noting that "Thrillist does that well."

"We never want to drive people outside of where they are," said Rones, CRO, Thrillist at Group Nine Media. "We have to take the user behavior [into account] first."

"Consumers are running the show," said Wiedlin. "You can delight them, inspire them, serve them, but the old way of ad tech saying we're going to change consumer behavior, the idea of driving people where you want them to go, those days are over."

"There are  too many choices out there today," said Rones. Consumers won't just take the choice you give them. "It's scary the power [the duopoly] wields. Are they audience first or business first? We're at the beck and call of the platform. It's the world we live in. You can't fight it. We're not going back to shopping in shopping malls."

Said Wiedlin, "The duopoly is eating our lunch. It's there, it's gonna be there. [Development of a] consortium alliance is an interesting way to do things. It could be a fair alternative. Of course they're going to advertise on Facebook and YouTube, nobody loves it. There's an opportunity for us to come up with a better solution, one that gives advertisers a third option."

"Ad agencies love pre- and mid roll," offered Rones. "They love whatever they can put in a spreadsheet; that doesn't mean it's the right thing to do."

"Just because a brand says I need to put a 30-second ad on every person's phone," said Wiedlin, "doesn't mean we have to do it. We need to push back. We can do better."

"Agreed," said Rones, "but it's hard when you have YouTube and Facebook saying we're going to find a way to put 30 seconds on their phones."

"Has anybody NOT hit 'skip ad' in their life?" Asked Wiedlin. "Brands always say they need 30 but if you're a great brand, you can put out a 3-seconds title card.

"Attention spans are short. We probably need research to prove that but clearly that's in the interest of consumers and, therefore, advertisers. Are there any research people here? Let's go figure it out."