Trump Tariffs On EU Wine Could Have Boomerang Effect On U.S. Exports 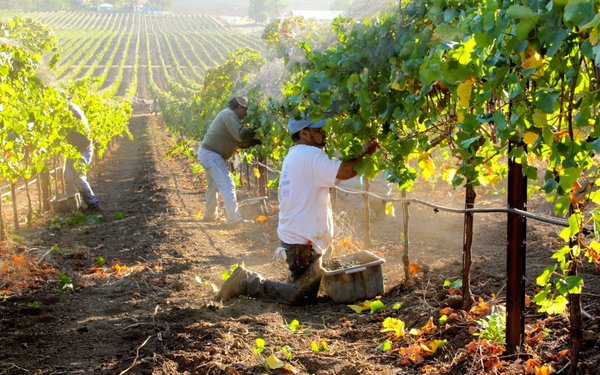 The wine and cheese reception, a staple at art gallery openings and neighborhood open houses, is days away from becoming a much more pricey proposition.

New tariffs set to go into effect Oct. 18  will likely increase the cost of wine and cheese being shipped into the United States from France and Spain, Scotch whisky from Scotland, liquor and cheese from Italy and cheese from just about everywhere else in Europe.

As Bloomberg reports, when the World Trade Organization gave Trump’s administration the approval to impose tariffs of as much as $7.5 billion on those European exports, it set in motion likely big price increases.

The United States will add a 25% tariff to bottled table wine from France, Spain, Germany and the United Kingdom, starting about two weeks from now.

Not only will that make some of the best wines in the world much more expensive for U.S. consumers, but wineries here fear European markets will strike back with new tariffs of their own, hurting U.S. winemakers. Cheese will be similarly affected.

“We are concerned that this action will lead to increased tariffs on U.S. wines and set back our efforts to continue growing U.S. wine exports,” says Bobby Koch, the Wine Institute president and CEO, in a statement on the organization’s website. “Wine Institute has always supported the fair, open and reciprocal trade of wine around the world. Consumers worldwide have embraced California wines because of our premium quality, diverse offerings and leadership in sustainability,” he notes.

The European Union  is the United States’ largest export market.  American wine sales there added up to  $469 million, according to the Wine Institute. That advocacy group notes that California represents more than 80% of U.S. wine production and 95% of U.S. wine exports.

The website Vine Pair paints the situation in dire terms, suggesting wineries will go out of business in the U.S and and wine shops and importers will be hit hard by the new taxes as customers balk at the new prices..

What’s more, the U.S. is still a relatively new kid on the European wine block. Only now are some U.S. wines receiving higher status. If retaliatory tariffs make U.S. wines very expensive in Europe, the theory goes, U.S. exports will gather dust on shelves and we will become a nonentity in the wine world.

“By isolating current and future American winemakers from the most powerful wine markets in the world, the U.S. is endangering the industry’s creative, technical, and economic futures in ways that are both abstract and very, very real,” writes Vine Pair’s Emily Saladino.

In the Santa Rosa Press Democrat, Jim Clerkin, the CEO of Moet Hennessy, told reporter Bill Swindell he has no doubt European regulators will issue retaliatory tariffs.
“I fear that it will be a challenging time,” Clerkin said. “I think it’s not good for the industry. ... Who knows when the tariffs [will] come back off again?"