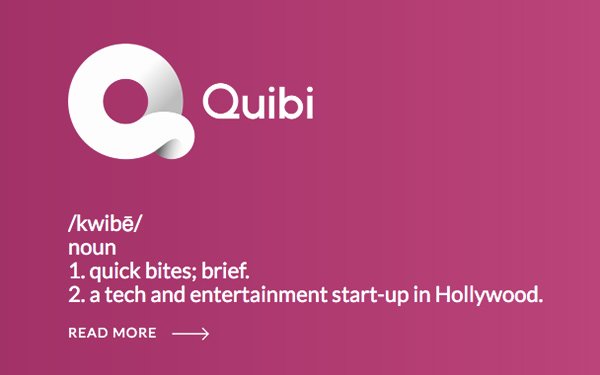 Quibi, the millennial-targeted mobile platform scheduled for an April 2020 release, is on a roll.

On Monday, it announced an agreement with ESPN for daily sports programming. The ESPN show, part of Quibi's "Daily Essentials," will also include breaking news.

Today, Quibi beefed up its news well with a “60 Minutes” alliance. “60 in 6,” produced by “60 Minutes,” will be a weekly show, six minutes in length, airing exclusively on Quibi. (The company has also partnered with NBC News for daily programming.)

Gina Stikes, head of communications for Quibi, says there will be “a range of compelling topics.” The company is targeting millennials 25-35, but “we expect that people 18-44 will use the platform,” she added.

In June, Quibi CEO Meg Whitman told a Cannes audience the short-form streaming service had already booked $100 million in ad revenue nearly a year ahead of Quibi’s April launch, according to The Wall Street Journal.

Quibi, founded by Jeffrey Katzenberg, a Disney and Dreamworks Animation veteran, has said the company name stands for “quick bites” of video.

“What we say internally is we’d like to be the quality of HBO and offer customers the convenience of Spotify,” Whitman told the Los Angeles Times in August.

Quibi will charge about $5 a month with ads and $8 without ads. Ads will appear in 6-, 10- and 15-second pre-roll ads before Quibi videos and in other formats.

On the feature front, major filmmakers including directors Antoine Fuqua, Guillermo del Toro and Sam Raimi, have signed with the company. Steven Spielberg is doing the “Spielberg’sAfter Dark” series. All feature stories are told in 10-minute chapters.