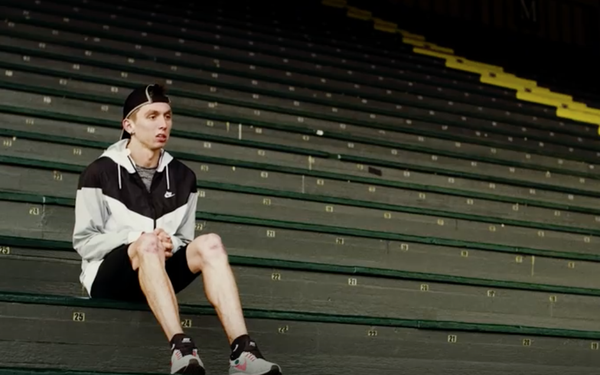 Nike earned three spots on the list of the third quarter’s “most empowering” ads, according to Ace Metrix.

The ads were rated in terms of cultural impact according to the company, which used a new cultural perception scoring system.

Nike's spots were “Justin Gallegos” (number one on the list ), “Maynor De Leon” (number two) and “Chantel Navarro” (number 10). All are part of the brand's  “Sport Changes Everything” campaign detailing the odds-defying accomplishments of unconventional athletes.

Other spots that scored high were IBM’s “Changing the System” (number three), Frosted Flake’s “Mission Tiger” (number four), Subaru’s “Love Promise” (number five) and Southern New Hampshire’s “Get Your Degree” (number six). Rounding out the top 10 were the NFL’s “Huddle for 100,” Verizon with “Closing the Divide” and T-Mobile’s “Changemaker Challenge 2019.”

In spots 11-15: Hyundai’s “It Takes A Village | Hope On Wheels,” Citibank’s “Citi Entertainment Takes on Confidence,” ESPN’s “There’s No Place Like Sports,” Dick’s Sporting Goods with “To Whom It May Concern” and Purdue University’s “Challenge Yourself.”

Ace's “empower” metric measures the positive impact of an ad’s message, indicating the degree to which viewers find it encouraging, inspiring or motivating. High scoring ads on this metric are judged authentic,  often “walk-the-walk” of a cause and inspire people to take action.

The “exploit” metric quantifies the negative impact, indicating the degree to which an ad might offend viewers in some manner, whether that’s via stereotyping, objectification, portraying racism or sexism, or even a brand attempting to attach themselves to a cause that is not relevant.

These scores are derived from Ace Metrix’s emotion measurement platform, which applies NLP and machine learning techniques to tens of millions of voluntary viewer verbatim comments.

Ads that are empowering represent 23% of all ads Ace Metrix has tested, according to the company. Each spot scored very low on Ace Metrix’s exploit metric, indicating there was minimal risk of negative reaction from the general public.