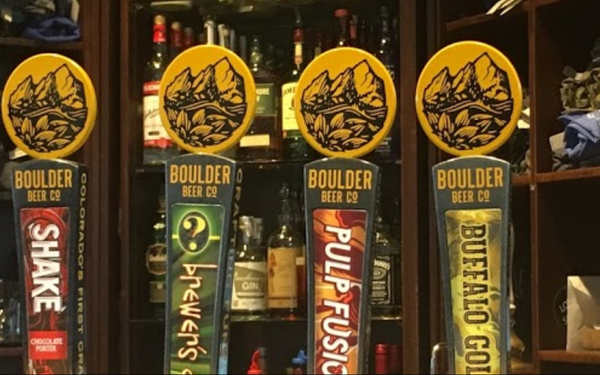 Last week, the 40-year-old Boulder Beer Company, the oldest craft brewer in a state where there are almost 400 of them, announced it was dramatically downsizing. Rather than ship beer to 27 states, after the end of the year Boulder will just be brewing beer at its brewpub, for the brewpub only.

“The craft beer world is changing. We see an explosive number of new breweries opening every day, crowded shelves at retail, and we fight for share of mind with many of our distributor partners,” owner Gina Day wrote on the company’s website. “Boulder Beer Company has decided to downsize and turn our attention to the brewpub on Wilderness Place, instead of national distribution.”

That note says a lot. As more craft beers enter the business, each with a few varieties, getting shelf space in groceries, liquor stores and bars is getting tougher. New craft beers can  push out the more familiar craft beers.

The craft brewing industry added 856 new breweries last year, up 13% to 7,34, almost twice as many as there were in 2014, according to the Brewers Association. But the volume of beer sold increased only 4% from 2017 to 2018, so things are tightening up.

In Minnesota, which has 200 craft brewers vying for attention, a few of the old favorites -- ”old” being a relative term in the still-young craft beer business -- have disappeared, according to the St. Paul-based website Growlermag.com.

The brewers are still there, but the beers that were once their strong sellers weakened as new beers grabbed the spotlight.

“The reality of the craft beer industry in 2019 is that there are literally thousands of breweries vying for limited shelf space,” the Surly Brewing Company explained on its website as it announced two of its once-fave beers were being pulled from production. “Continuing to can Cynic and Bender, despite how much we love them, was throwing good money after bad.”

Saloon tend to stock the old 99 bottles of beers on the wall -- all named Budweiser, Pabst or Genesee. But the marketing of craft beers is a different ball game.

Boulder Beer Company might sell a lot more beer in its taproom than might first seem apparent. Brewbound, a beer business website, says the popularity of  those craft beer-makers’ own taprooms has changed the on-premise beer business, pointing to a MillerCoors blog that says 9% of bar traffic has shifted from bars and restaurants to those brewpubs and taprooms.

The website Craft Brewery Finance reported last year that a craft brewer can make up to five times more selling its own keg of beer than it would make distributing it to a bar down the street.

At least one state may have picked up on that trend. Pennsylvania’s department of revenue intended to impose a new 6% tax on craft beers sold in their taprooms. Earlier this month, after the state’s craft beer industry complained, Pennsylvania  lowered that tax to a less burdensome 1.5%.