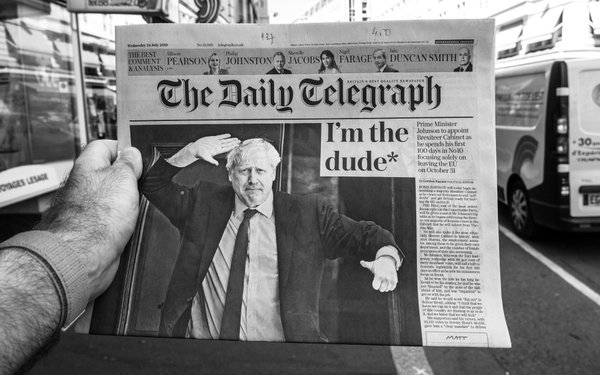 Yet, online subscriptions did not offset falling sales of newspapers and poor print advertising.

TMG, owned by the billionaire Barclay Brothers, had 400,000 print and online subscribers in October, out of 5 million registers users, per the PressGazette.

Telegraph CEO Nick Hugh believes another 100,000 paying subscribers will be added next year. The company’s target goal is 1 million print and digital subscribers and 10 million digital users by 2023.

Still, the challenges are intense. Hugh, a former Yahoo and PT executive, told the Financial Times he has to “completely transform an ad-funded business to a subscription business.”

The newspaper industry in general is suffering, and TMG, one of the more profitable British publishers in recent years, is no exception, given the challenge of getting readers to pay for online publishing.