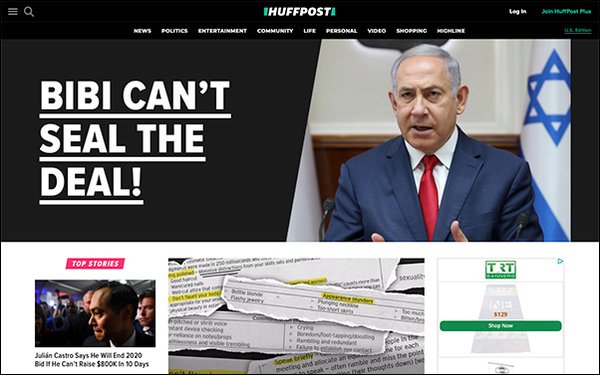 Verizon Media may be looking to sell HuffPost, the Financial Times reports.

The move to sell is another step in Verizon Media’s pull back from digital media.

HuffPost was acquired by Verizon Media in 2015, when it bought AOL for $4.4 billion. AOL acquired HuffPost in 2011 for $315 million. The outlet was founded in 2005 and, through licensing agreements, operates in more than a dozen countries.

According to the Financial Times a formal sale process hasn’t been launched and talks are in their early stages.

Earlier this month, HuffPost laid off around 11 full-time staffers, citing a new video strategy as the reason.

A spokesperson at HuffPost stated: “HuffPost is realigning its video strategy to invest and allocate resources to support its core areas that have high audience engagement, differentiation and are poised for growth...”

In January, HuffPost laid off around 20 employees as part of a $4.6 billion write-down at Verizon Media, that saw 750 employees cut from its workforce.