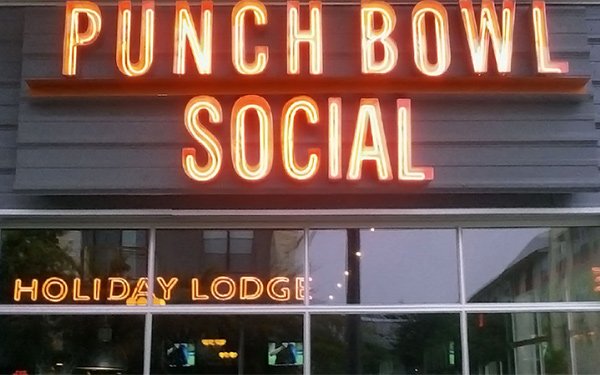 As it marks its 50th anniversary, casual-dining chain Cracker Barrel Old Country Store is doubling down on the breakfast/lunch-only concept and experiential destinations with its recent investments in Maple Street Biscuit Co. and Punch Bowl Social.

Dinner remains the most challenging daypart at Cracker Barrel’s 660 locations, reflecting an ongoing shift in consumer preference for breakfast and lunch outings and price competition from casual chains that only operate at night.

Punch Bowl Social is a completely different dining concept — more of a Dave & Buster’s approach to combining food, drinks and entertainment, like bowling, arcade games and karaoke, that appeals to younger consumers seeking all things experiential.

In addition to paying approximately $89 million for a 58.6% stake in Punch Bowl, along with the potential for full ownership in the future, Cracker Barrel has committed an additional $51 million to help Punch Bowl expand.

In a conference call to explain the company’s recently ended fiscal 2019, Cracker Barrel executives fielded many queries about Punch Bowl. Their responses stressed the chain’s high revenue — approximately double the average $3.74 million Cracker Barrel unit volume — and the potential for expansion beyond the current 19 locations to more than 100.

“We believe this investment provides another growth vehicle by allowing us to enter a new and expanding segment to our non-controlling interest in this award-winning, highly differentiated brand with strong growth potential,” said president-CEO Sandy Cochran.

Cracker Barrel is working on refining its dinner menu by adding some breakfast foods and $8.99 dinners to help offset price competition from other casual chains.

“The amount of discounting historically in the industry has been a pressure,” Cochran said in response to a question by Wells Fargo’s Jon Tower. “And for our competitors, they’re only operating in the dinner daypart. So that’s where we probably feel it the most.”

The company’s third-party delivery service is now available at more than 450 Cracker Barrel locations, accounting for almost 10% of total sales.