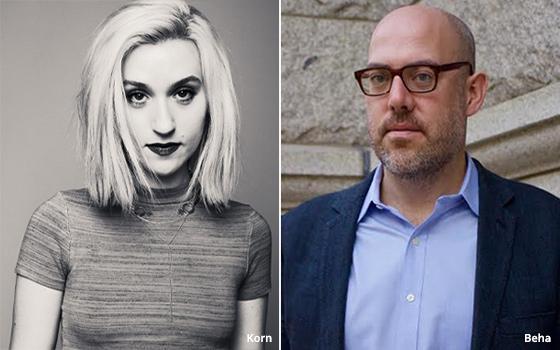 Harper’s Magazine’s executive editor Christopher Beha has been promoted to top editor. Beha first joined Harper’s in 2008 as an editorial intern. He begins his new role next week.

The top editor position at Harper’s has rotated through three people since Lewis H. Lapham stepped down in 2006, after a 28-year run.

The magazine’s publisher, John R. MacArthur, supports the nonprofit organization though his foundation.

Ellen Rosenbush, who has been serving as editorial director and overseeing the magazine since head editor James Marcus was let go last year, will become editor-at-large.

Print circulation at Harper’s is around 100,000. The Harper’s Magazine site has a metered paywall. Nonsubscribers can read one article a month.

It is the first major hire since Refinery29 was acquired by Vice Media earlier this month.

Korn will step into the position November 18. She will be responsible for “driving the site’s fashion and culture category, focused on audience growth and expanding the brand’s influential voice at the intersection of style, culture, identity and world events,” according to the company.

Korn will oversee the editorial fashion team. She became beauty editor at Refinery29 in 2013 and held the role for nearly two years before heading to Nylon.

“I'm looking forward to digging into what's next, exploring not just what fashion means to readers in today's world, but how the industry itself interacts with emerging culture, identity politics and sustainability,” Korn added.

Korn left Nylon after it was acquired in June by Bustle Digital Group. Alyssa Vingan Klein is now the editorial director at Nylon.
magazines, management
Next story loading