DeVito/Verdi Hires New CMO To Assist In Its Own Transformation 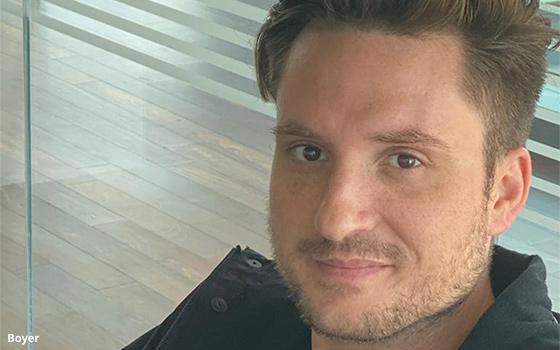 New York advertising agency DeVito/Verdi has hired veteran digital strategist Erin Boyer as its Chief Marketing Officer. High on his to do list is fully integrating the agency's creative capabilities with its growing digital department (DV Digital).  The integration is part of the agency’s effort to evolve from a creatively-focused shop to a “360 degree marketing firm.”

The agency is investing in new talent as it expands its scope. In addition to Boyer the shop will be announcing shortly the addition of a new Chief Strategy Officer with a digital and experiential background.

Boyer joins the agency from Publicis in New York, where he was responsible for integrating data, technology, creative and media offerings for clients. As the new business lead, he helped foster the digital AOR relationships for Walmart, Hulu, StubHub, Five Guys and others.

Agency president Ellis Verdi said the shop has been “rapidly reinventing our approach to advertising while ensuring we don't stray from our roots. We will be making a number of major moves in the coming weeks that speak directly to our transformation into a marketing agency with equal expertise across all consumer interactions. Bringing aboard Erin is key to this evolution."

That agency also disclosed several cause-related projects it has in the works including one for the Local Media Consortium to help raise awareness of the importance of local journalism.

A second effort underway is a program aimed at promoting free expression by staging a number of so-call “Devil’s Advocate” debates where two high-profile proponents of hot-button topics face off against one another, but with a twist: Each will take their opponent's point of view and argue for that side.

The agency has worked on behalf of clients such as Kohl's, 7-Eleven,  Massachusetts General Hospital, Sony, Canon, and numerous others.