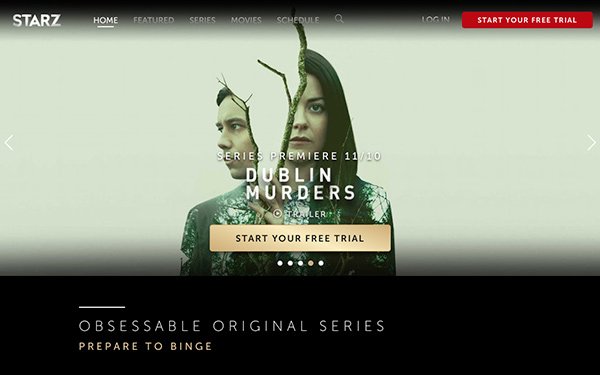 The move had been expected for weeks.

Now Cord Cutters News reports Comcast will officially drop STARZ when its contract with the cabler ends on December 31. Earlier in October, Comcast announced the movie/original series channel would be upgraded to a $12 add-on for customers.

Comcast is expected to replace STARZ with a combo of Hitz, Streampix and Epix in its premium packages, per Cord Cutter News.
By pushing customers to pricier options, Comcast is trying to generate income by lowering the cost of some packages.

Sources told the industry trade Comcast had not confirmed the drop. The company did not respond to a confirmation request at press time.

One assumed reason for nixing the network: STARZ sells directly to consumers online via streaming platforms Amazon Prime, Roku and the Starz app. Amazon offers it on a seven-day free trial, then charges $8.99 per month.

Comcast has already dropped Turner Classic Movies channel from Xfinity’s core TV package. To see the TCM channel, viewers have to pay extra. Justifying its refusal to reduce the basic service, Comcast claimed it would “help reduce the speed” with which package prices rise.

In August, Comcast said it would remove all its music channels and replaced them with a radio channel available in the Comcast apps.