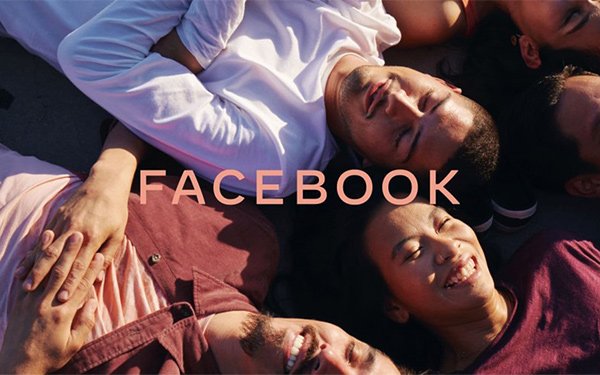 As part of a broader effort to distinguish itself from its flagship app, Facebook just debuted a new corporate logo.

“We’re updating our company branding to be clearer about the products that come from Facebook,” Antonio Lucio, the tech titan’s Chief Marketing Officer stated on Monday.

The new branding was designed for clarity; it uses custom typography and capitalization to create visual distinction between the company and the app, Lucio noted.

Rather than Facebook’s trademark blue, the new logo actually changes colors, from blue to green to yellow to red.

Facebook has been working on rebranding itself as a bigger umbrella company for a number of years, according to Lucio. As part of the effort, Facebook has recently sought to more closely link its various platforms to its corporate identity.

In June, for example, it began including “from Facebook” within Instagram, WhatsApp and its other various apps.

Over the coming week, Facebook plans to start using the new brand within its products and marketing materials, including a new company website.

Part of Facebook’s rationale for rebranding might be preparation for looming regulations and antitrust measures. Some analysts believe such actions may pose a real threat to Facebook and other U.S. tech giants.

The Department of Justice, FTC and numerous state attorneys-general have recently launched investigations into Facebook and its rivals.
branding, rebranding
Next story loading