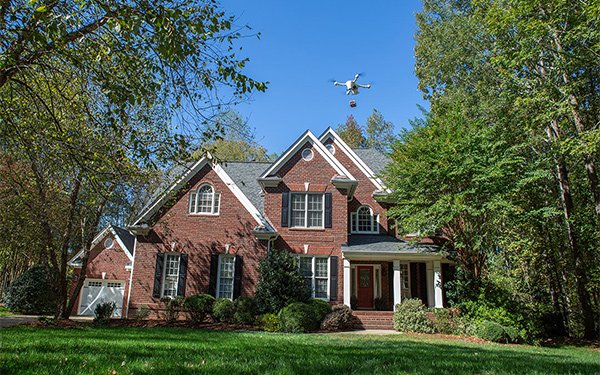 CVS last month inked a deal with UPS Flight Forward to develop a variety of drone delivery cases and now its first delivery has been made.

The first revenue-generating drone delivery was of a medical prescription from a CVS pharmacy directly to a consumer’s home.

That was followed by a second delivery, both using the M2 by drone system developer Matternet.

The flights and deliveries were from a CVS store in Cary, North Carolina. The drones flew autonomously and were monitored by a remote operator.

The drones hovered 20 feet over the properties, lowering the packages to the ground via cable, according to UPS, noting that one of the drone deliveries was to a customer with limited mobility, making it difficult to go to a store.

“This drone delivery, the first of its kind in the industry, demonstrates what’s possible for customers who can’t easily make it into our stores,” stated Kevin Hourican, president of CVS Pharmacy. “CVS is exploring many types of delivery options for urban, suburban and rural markets. We see big potential in drone delivery in rural communities where life-saving medications are needed and consumers at times cannot conveniently access one of our stores.”