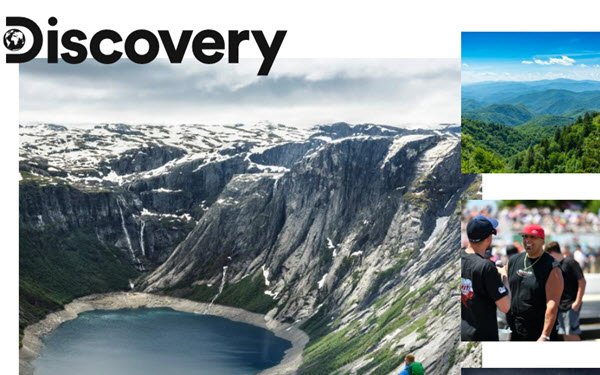 During Discovery Inc.’s Q3 earnings call on Thursday, CEO David Zaslav revealed, in answer to a question about potential D2C and streaming service opportunities, that the company is exploring an opportunity to aggregate all of its U.S. content.

“You have some of these platforms launching with eight series, 10 series or a bunch of movies and series to come," he said, per a Seeking Alpha transcript of the call. “We have hundreds of thousands of hours that people grew up on. And…we’re examining the opportunity… of aggregating all of our content in the U.S. and having something that looks very different, is very deep, has great personalities, great brands…”

He also said that the strategy is to launch “a full attack” to attract even more viewers who are not pay-TV subscribers.

Zaslav promised “more to come” on the U.S. aggregation front in “the next several months.”

But there were other suggestions about possible directions.

Asked if its TV carriage agreements would allow for Discovery’s starting its own streaming service, he pointed out that Discovery owns and controls all of its content on a global basis, and can do whatever it wants with it.

But he stressed that Discovery has been “the most friendly company” in terms of the existing “ecosystem.”

“We are talking to existing distributors… We want to preserve the existing ecosystem,” he said.

Also, Zaslav put the U.S. scenario in the context of Discovery’s  international expansion via partnerships.

Discovery has introduced its ad-supported platform Dplay in the U.K. and 10 other markets to date, and launched AVODs in Germany and Poland with ProSiebenSat and Polsat, respectively.

“Netflix is doing their thing. Disney will do their thing. But we have local, local, local… we think by aggregating with others we could really be differentiated with local. So that's our European strategy and it's rolling out. It's ahead of plan. We're learning a ton and our platform is working.”

The U.S. opportunity “feels very good right now to us in terms of our niche strategy, with passion and depth of view, and our strategy in Europe of aligning with other big players,” he added. And “with all the success we’re having here in the U.S., we’re saying, ‘Hey, maybe, why not? It looks like we… may have the most compelling content and the deepest library of all.”

Discovery has “really shied away from” the big streaming players in the U.S., Zaslav also said. “It’s getting more and more expensive, and we believe that three or four are going to make it. It’s going to be a lot of carnage and very, very difficult. They’re great companies and good luck to them.

“But when we look at the overall space, we really have two strategies. One is the people will have three of those or maybe four of those but then they still love golf. They still love natural history and science.”

With channels including Animal Planet and series including “Planet Earth” and “Blue Planet,” plus “everything we got from the BBC, we now have a definitive collection of... space, ocean, science [content],” most of which exists in numerous languages, and should be seen by “every family and every child,” he said. That content is “very differentiated from watching [other] scripted series and movies.”

Discovery will also be launching D2C programming with HGTV home renovation celebrities Chip and Joanna Gaines in 2020, and has food and other niches including cycling and cars, he noted.

“We’re developing a uniform platform so it's very easy for us to just [add] on,” he said. “The platform has interactivity — the ability to have commercials to buy things, to buy cycling [or] golf equipment. We think that's a terrific strategy, and it's starting to bear real fruit for us.

“In addition… [Discovery] GO, our direct-to-consumer product, is growing massively. And it [together with Dplay] gave us real confidence that people that are not subscribing to cable love our content, which is scaling around the world.”