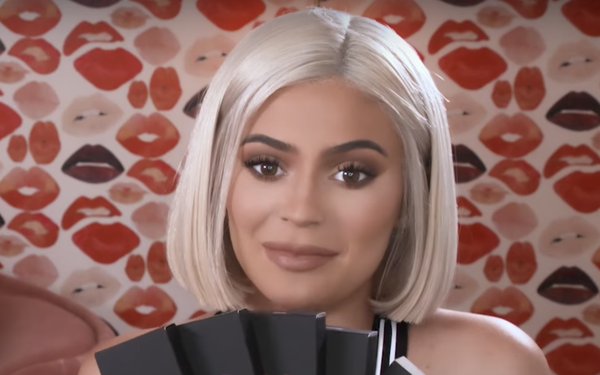 Gen Z has a decidedly different approach to shopping, and based on new research from Kantar’s U.S. Monitor, that’s bad news for the many brands pouring their money into influencer marketing.

“We are at peak influencer,” says Casey Ferrell, vice president and head of U.S. Monitor, owned by Kantar. “And it’s beginning to run its course. We hear a lot about the Instagram aesthetic, and it appeals to millennials.

“But to Gen Z, who are more grounded in realism, it seems fake. They are interested in what I call micro- or nano-influencers. They want to know what real people think before making a purchase.”

“Marketers live in a kind of bubble these days, and just hear echoes from other brands about how important it is to think experientially. This research confirms that half of all consumers don’t care about all that. Shopping is a chore, and they just want to make purchases as efficiently as possible,” he says.

*Utilitarians are the largest group, and account for 36% of consumers. They want to get their shopping done as quickly as they can.

Boomers make up a majority of this segment, followed closely by millennials and Gen X. They tend to make less money, with a third of this group generating a household income of less than $50,000 a year. And two-thirds are non-Hispanic whites.

“They’re not looking for novelty,” Ferrell says. “They value repetition and consistency.”

*Explorers, about 20% of all shoppers, love retailers that provide a treasure-hunt mentality, like T.J. Maxx and Costco. This group is made up mostly of millennials, followed by baby boomers. And about two-thirds of them are women.

“These are people who tend to see shopping as a social event,” says Jeff Howanek, associate head of U.S. Monitor. “They’re curious and they want new experiences. They’re interested in new apps. And they’re far more motivated to shop in stores.”

In other words, shopping is a hobby for them. “There doesn’t even have to be a transaction for it to be a meaningful experience,” Howanek adds.

*Researchers, at 16%, are the third-largest segment, which contains the largest percentage of millennials. They are pragmatic shoppers, and bring a healthy dose of skepticism to what they see in the marketplace.

But while their impact is more significant than other groups, they devour outside opinions, with 70% saying they read reviews before buying, versus 53% of the overall sample. They are also the most likely to have an Amazon Prime membership.

And they’re influencer-averse. They are significantly more likely to say “Many of the posts I see on social media are fake,” (74% versus 68% in the overall survey).

*Discerners, who account for 15% of shoppers, are the wealthiest segment, and the oldest. They’ve got healthy financial situations and a passion for life, so they spend on what matters to them. And they’re more willing to pay for products and services they think improve their lives, like added conveniences.

*Budgeters, the smallest group at 13%, skew younger and more female and ethnically diverse. They’re the group most likely to express economic anxiety, and base almost all shopping decisions on costs.

Ferrell says combining utilitarians with the ultra-practical budgeters adds up to half of America: “It’s is a good reminder that plenty of people aren’t interested in the things marketers spend most of their time thinking about.”

For marketers, “it means walking and chewing gum at the same time, understanding that for some people, a brand stands for little more than quality and value. And for others, it’s a brand with a capital B. They almost have a human relationship with it.”

Retailers who are getting it right, Kantar says, include stores like Wegman’s and Costco, who provide plenty of practical reasons to shop at their stores, including efficiency and value. But they also offer varied experiences to connect with the explorers.

The research also proves how important it is for marketers to shake off their overreliance on millennials, “especially focusing more on growth opportunities among boomers and Gen X,” says Howanek.