How A Brand Developed A Recipe For Healthy Growth 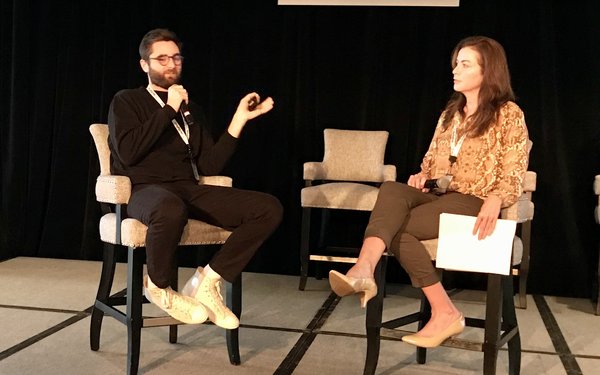 In the beginning -- 2015 -- Brett Podolsky was doing all the cooking and delivering with his co-founder of The Farmer's Dog. They started with just eight customers in the SoHo and Tribeca areas of Manhattan, satisfying customers for a few years while they raised capital.

"We stopped growth when we realized we wanted to build a sustainable business," he told our Brand Insider Summit D2C. "We invested in supply chain infrastructure and technology, which is the secret sauce to the business. People think it's simple; we don't want them to see how complicated it is."

Their customers wag their tails and bark for more.

The Farmer's Dog delivers personalized pet food made of meat, vegetables, vitamins and minerals. Podolsky and his team are so confident about their product that they promise "if your dog doesn't love it, send it back. We'll eat it."

While the company relied on word of mouth and influencers in the beginning, it's now "throwing half a million, a million dollars out there" on TV commercials. "We did see amazing lift every time our commercial aired," he said. Rationalizing the cost, Podolsky said every person has a different media channel that resonates so The Farmer's Dog wants to give people the opportunity to see them in the channel that resonates.

Most of its big spending started in the beginning of the summer this year. Before then, it was Facebook and Instagram.

One key insight the company has learned is listening is different from hearing their customers. Maybe someone doesn't like a brand's packaging, he said, so the packaging gets changed -- but without "reading between the lines. We aren't data-driven, we're data-guided."