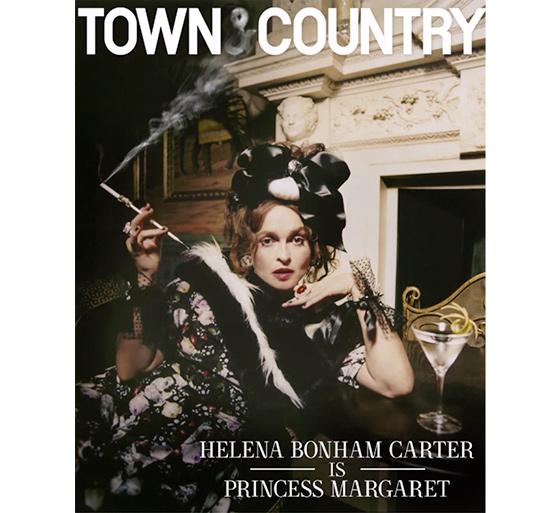 While some magazines that have shuttered their print editions have taken to publishing digital covers for their websites and social channels, Town & Country is doing both.

“'The Crown' is huge for our audience,” Town & Country digital director Elizabeth Angell told Publishers Daily. “We wanted to give them something special they could really sink their teeth into.”

Angell said the Town & Country audience has an “endless appetite” for everything around “The Crown.”

The website got “well over 1 million unique visitors to the stories we wrote about 'The Crown' for the last season," she said.

The digital cover was developed from a print photo shoot featured in the December/January Town & Country print issue.

Angell said her digital team “had a unique opportunity to collaborate with our colleagues in print on gorgeous photographs that could live in both places. We knew an in-depth interview and long profile would make a huge impact on the site.”

Last month, the digital and print teams collaborated on the print October cover story featuring the cast members of the ITV/PBS series “Downton Abbey.”  A dedicated digital package was also published on the Town & Country website.

“There’s also a whole new audience that finds us through these tentpole moments and hopefully, those readers and followers stick around to see all the other incredible things we are doing," Angell said.