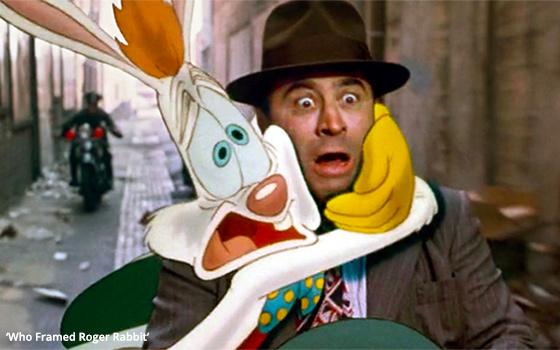 Disney+ launched yesterday at $6.99 a month, which means subscribers have a treasure trove of viewing options.

After all, the Disney legacy looms large on American cinema. Since 1923, when the Disney Studio opened, its films have showcased an ideal America. The little guy, often Mickey Mouse, championed a strong work ethic and bravery.

On the entrepreneurial front, Disney perfected animation artistry, beginning with “Snow White and the Seven Dwarfs” in 1937. Three years later, “Fantasia,” a sublime masterpiece, stunned audiences. It includes eight animated musical segments conducted by Leopold Stokowski. Among the most famous is the third, “The Sorcerer’s Apprentice.” Classical music never looked so gorgeous.

Fast-forward through the rest of the 20th century — Disney movies helped define American culture and creative enterprise for audiences. With its acquisition of Pixar and Marvel, it enlarged its already impressive catalog and our understanding of blockbuster entertainment.

That means Disney+ can tap into 80 years of Disney titles. The genres range from animation to live action, romance to adventure. Whether users are eager to revisit childhood favorites or Gen Z is reveling in superheroes, the selection is massive.

It’s tough to pick favorites, and a full list primed for yesterday's launch can be found at Verge. But to get viewers started, here is a selection of 10 live-action films worth streaming, with something for every demographic:

1. "Who Framed Roger Rabbit?" It was the first movie to blend animation and live action — and all the characters seem real! PI Eddie Valiant is hired by a cartoon producer to investigate an adultery scandal. The special effects are eye-popping.

2. "Mary Poppins" Yes, there is a nifty recent remake, but the 1964 original Julie Andrews-Dick Van Dyke vehicle charmed a generation of baby boomers. This film version is much lighter than the actual novels, which were set in the Depression with a far sterner Mary. Disney pushed the time back to Edwardian London and added whimsy.

3. "Star Wars trilogy"Star Wars’ live-action spinoff series “The Mandalorian” is a huge draw for fans, but it’s worth revisiting the original three to appreciate the magic. “May the force be with you.”

4. "101 Dalmatians" What’s not to love? Evil villain Cruella De Vil has crazy ideas about fashion, as Pongo and Perdy protect their 101 pups from her hapless robbers after their stylish pelts. Older boomers watched the original animated film in 1961, but this version is equally dramatic and heartwarming.

5. "Diary of a Wimpy Kid" is an adaptation of Jeff Kinney's best-selling series. It’s the hero's first year of middle school, and the film is funny, with offbeat charm. If you’ve had a kid, or been one, it speaks to you.

6. "Guardians of the Galaxy" So many superheroes — and all in one room. The orphan child of the Marvel universe saves the galaxy by stealing a mysterious orb back from the evil Ronan. It plays with all clichés of comic-book films with one objective: fun.

7. "Old Yeller"  A story of a boy and his dog. The 1957 heartwarming movie highlights an adopted stray fiercely protective of his human family. Expect the kids to demand a dog after viewing.

8. "The Muppet Movie" The Muppets are much loved, and we get to know them better in their first cinematic outing. We also learn Kermit was born with a rare ability in frogs — he can play the ukulele.

9. "Maleficent" shows the villain’s point of view and sustains a more multifaceted story line. Sure she’s evil, but she’s got her reasons.

10. "Zombies" It’s a feel-good musical, Disney-style, so the zombie-cheerleader love story ventures into horror, but strictly the comedic variety.