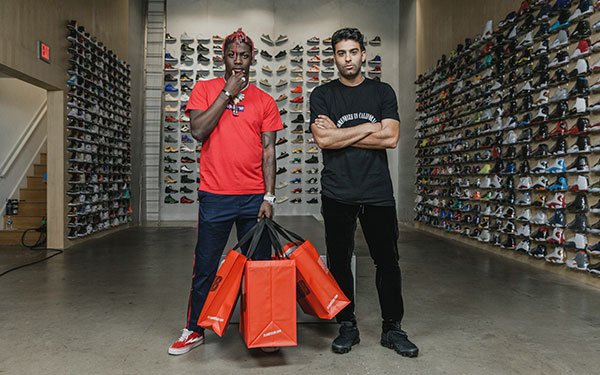 Turns out that to sell sneakers, there’s nothing quite like the schnozz-tickling smell of freshly mown grass.

In an experiment conducted by Walnut Unlimited and Mood Media for a global sports retailer, sales in the grass-scented stores rose 28% compared to those without scents.

The researchers also experimented with using more mirrors (turns out we love to look at ourselves), and setting up stations for customers to look at and handle products. Overall, sensory marketing increased sales by 10%.

But the study also measured eye tracking and galvanic skin response, as well as how much time people spent interacting with products. In stores with the added sensory details, consumers lingered six minutes more, compared to stores in the control group.

“We've always known that sensorial marketing elements have a positive impact on the in-store customer experience, but it's not always easy to quantitatively measure that impact,” says Scott Moore, global CMO of Mood Media, via email. “In this case, we had a client who was willing to open their doors — and data — to us, which allowed us to answer, ‘How much do these things really matter?’"

Moore says consumers seemed awkward when there was less stimulation. “It was interesting to see just how uncomfortable shoppers were when all of the sensorial elements were removed from the in-store experience,” he says. “It makes sense that no one wants to shop in an environment where they feel self-conscious.”

Retailers have known all this for ages, of course. Stores have long used specially developed fragrances, with blends of cinnamon, orange, vanilla, rosemary, green tea and lemongrass, all backed by market research. Some scents are even instantly recognizable.

But Mood, based in Austin, Texas, says it settled on the idea of testing grass scent because it hoped it would evoke the sport, so shoppers could “envision themselves in the game while shopping for football apparel and accessories,” Moore says.

While some research has found that as much as 75% of emotions generated each day are due to smell, he says the goal was not just a good smell, “but a specific scent tied to an emotion and behavior.”

And while the research is helpful to retailers for physical locations, he says the findings have important ramifications for digital engagement, as well. In-store, digital offerings boost engagement, and the mirror findings, which he calls “the science of narcissism,” are absolutely at play.

“That’s why we see brands like Warby Parker enabling consumers to see virtually how a pair of glasses might look on them,” he says. “Across channels, it’s increasingly important to give consumers the opportunity to play and personally engage with products.”