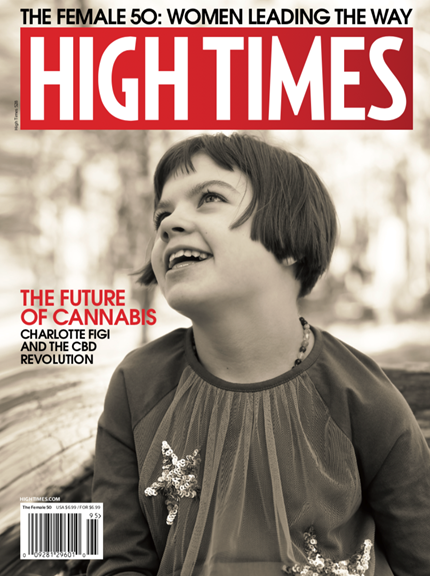 It's things like the cover of High Times magazine's next issue that demonstrate why "Cover Stories" are still important.

The issue, which hits newsstands Wednesday, features a photo of 12-year-old Charlotte Figi, the first child ever to grace the cover of a 45-year-old magazine known historically more for its adult use aspects.

Instead, High Times is featuring her as as "a poster child for the health and wellness movement of at-risk kids."

Figi, now 13, is one of the subjects profiled in the magazine's "Female 50" issue.

Paige Figi is the mother of Charlotte Figi and also the Founder of Coalition for Access Now, a nonprofit organization led by families committed to educating the public and lawmakers on the health benefits of natural cannabis therapies for chronic health conditions.

"After exhausting traditional medical options to treat her daughter’s traumatic seizures related to Dravet Syndrome, Figi turned to cannabis as an alternative therapy," the magazine notes.

High Times adds: "Conducting her own research, Figi found a strain of cannabis (now known as Charlotte’s Web), that was able to dramatically reduce Charlotte’s seizures. Her story has now become one of the most well-known examples of how cannabis can have a life-changing, positive effect as a medical treatment."