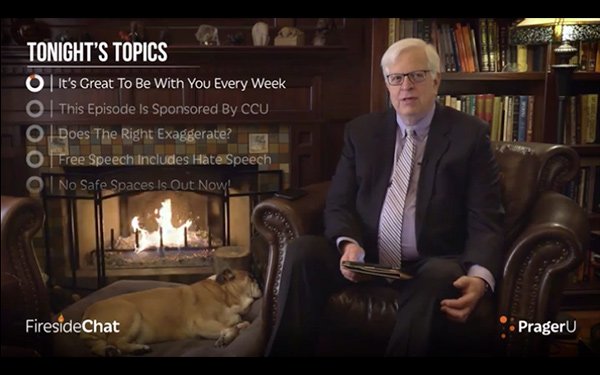 Siding with Google, a judge in California has dismissed claims that Google violated the state constitution's guarantee of free speech by “censoring” videos by conservative Prager University.

“It is apparent that Prager does not state a claim under the California Constitution,” Santa Clara County Judge Brian Walsh wrote in a decision issued Tuesday.

The lawsuit, brought by Prager in January, stemmed from allegations that Google wrongly applied its "restricted mode" filter to the school's videos, effectively making them unavailable to some students and library patrons. Prager also alleged that Google "demonetized" some conservative videos.

Prager previously raised similar allegations against Google in a federal lawsuit. U.S. District Court Judge Lucy Koh in the Northern District of California dismissed that lawsuit last year. She ruled that because Google is a private business as opposed to a government entity, it can decide how to treat content on its platform.

Prager is currently appealing Koh's decision to the 9th Circuit Court of Appeals.

Walsh rejected all of Prager's arguments.

He wrote that Google doesn't operate YouTube as a “public forum” -- comparable to a city park -- where Prager might have free-speech rights under California's constitution.

“Prager contends that 'YouTube is the cyber equivalent of a town square where citizens exchange ideas on matters of public interest' and that defendants have opened their platform to the public by advertising its use for this purpose,'' Walsh wrote. “However, Prager does not allege that it has been denied access to the core YouTube service. Rather, it urges that its access to 'Restricted Mode' and YouTube's advertising service has been restricted.”

Walsh went on to say that Prager hadn't shown its advertising services “are freely open to the public or are the functional equivalent of a traditional public forum like a town square or a central business district.”

In addition, he ruled that Google's decisions about how to treat content on its platform are protected by Section 230 of the Communications Decency Act.