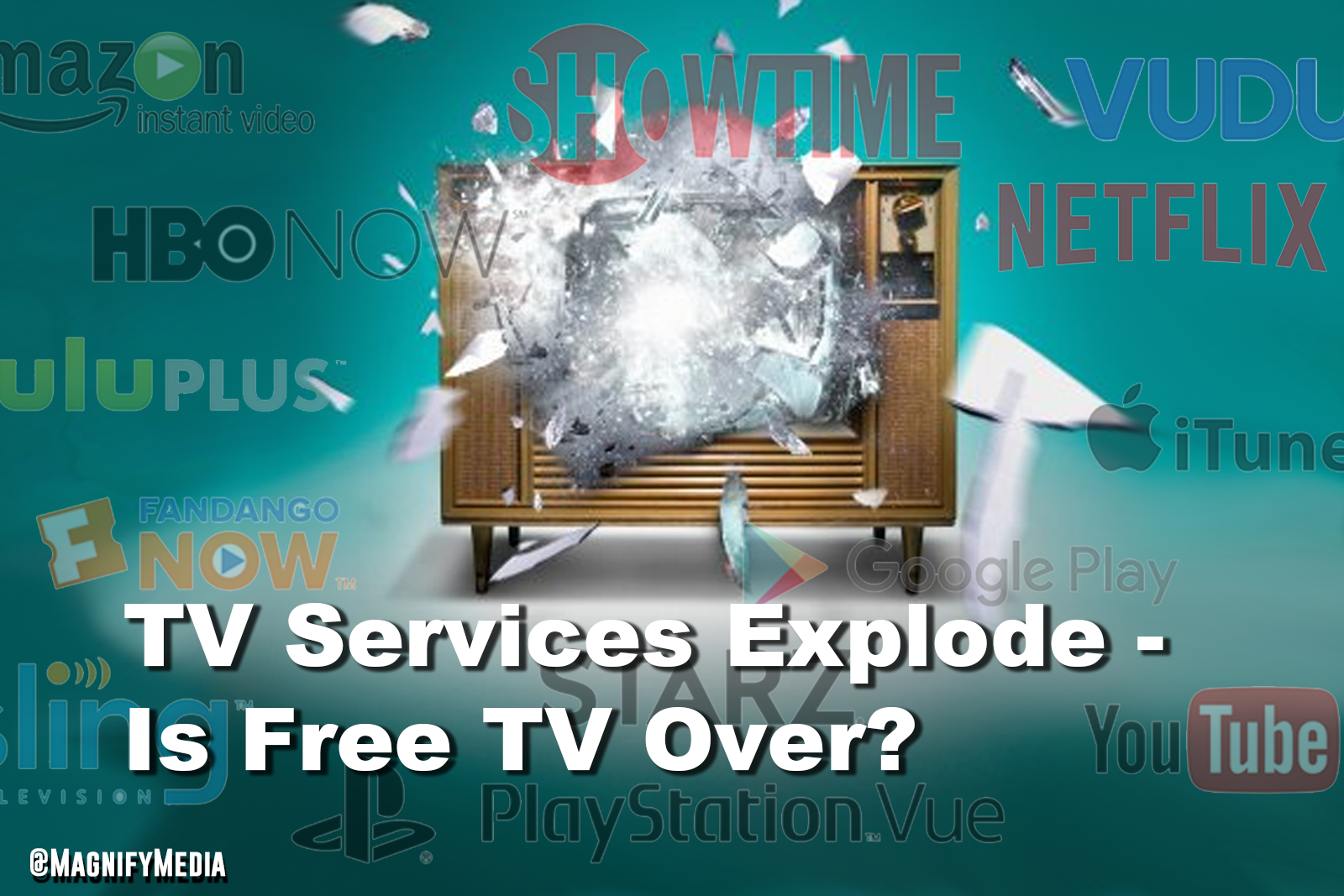 So, are you enjoying a ton more TV these days? I hope so — because you’re going to be paying more for it, and soon.

Television was for many years paid for by advertising. This meant that TV was “free” —but you had to tolerate the endless interruptions of commercials aimed to turn your attention into commerce.

Today, TV is a paid offering, and the balkanization of programming means that you can’t expect to pay for one service.

Let’s take a look at one family's TV budget. I’ll use mine as an example.

First, broadband access and WiFi, because lots of TV comes over the broadband pipe. I’ve got a good deal with Spectrum, with unlimited broadband for $60 a month. On top of that, we use the Cloud TV service to get basic cable, and Cloud DVR to be able to record and pause shows.  So all in all Spectrum is $100 a month / $1,200 a year.

All in all,  another $70 a month (though various discounts and first-year-free offerings reduce that a bunch)/$840 a year. That’s more than $2,000 a year for TV shows that used to be free.

So what will consumers do when the bills all come in?

I’m sure of a few things. First, the idea of paying $1.99 a show for the VOD stream of a program from one of the services that you don’t subscribe to is going to go the way of the horse and buggy: too much cost for too little programming.

Second, I don’t think families are going to need to pay for four services a month (or five, if you count the NBC or CBS series that are VOD on the horizon.)

So, instead, we’re going to see AVOD: advertiser-sponsored video-on-demand shows, but with the pause and fast-forward features shut off. Sound familiar? It should, the math and the user experience will be very much like how TV was back before TiVo came along.

Of course, it all began with Netflix. As red envelopes became streamed content and acquired shows shifted to Netflix Originals, the leader in the shift to digital was always head of the pack. Now, some of Netflix’s most popular acquired shows are slipping away. In 2018 the two most-streamed shows were “Friends” and “The Office.” But Warner Media’s HBO Max and NBC’s Peacock are grabbing them back.

Netflix’s most powerful new franchise is the content  it controls. The two top originals, “Stranger Things” and “Black Mirror,” drive new subscribers and fuel renewals. Approximately 13% of ex-Netflix users signed up again to watch the third season of “Stranger Things,”  and Netflix says 40.7 million accounts had watched “Stranger Things 3” since its debut July 4, according to The Verge.

And there are more options on the horizon for web video consumers.

Quibi, the brainchild of former Disney and DreamWorks chief Jeffrey Katzenberg, is set to launch next spring. It’s a mobile-first platform focused on original content delivered in 10-minute chunks. The idea is that mobile viewers like to consume shorter-form content.  Quibi has confirmed more than 30 different projects so far, with plans to spend just over $1 billion for content during its first year. Yup, a billion -- that’s a lot of A-list talent.

And if you want to hold on to the old model of completely free TV, then you should check out Pluto TV, just purchased by Viacom. Pluto offers over 100 channels of live TV with stations including Comedy Central, CNN, NBC News, Nick, VH1 MTV, and the platform will be adding several CBS stations. Sound familiar? It’s a blast from the past, but the ads can’t be skipped, so you have to trade attention for free content.

There’s also a little-known service called Locast that is pulling over-the-air signals off  broadcast towers and offering them up to cord-cutters for free. In July, ABC, CBS, Fox, and NBC sued to shut down Locast, saying it did not have the rights to stream local over-the-air TV.

And as a sample of just how blurred the lines are getting, movie fans are now able to rent and buy films at home from AMC Theaters On Demand, after their theatrical runs — mimicking iTunes, Amazon, Vudu and other VOD providers. Sign up and perks include free refills on large popcorns — but only in theaters. At home, you need to make your own popcorn, at least for now.

And let’s not forget YouTube, which has branched out beyond music videos and bloggers with a cable-like product over broadband, and also has a section of free movies with ads.

There are more and more options to stream, watch, and store TV programs. But are the new economic models fueling more diverse content and more quality? That remains to be seen.