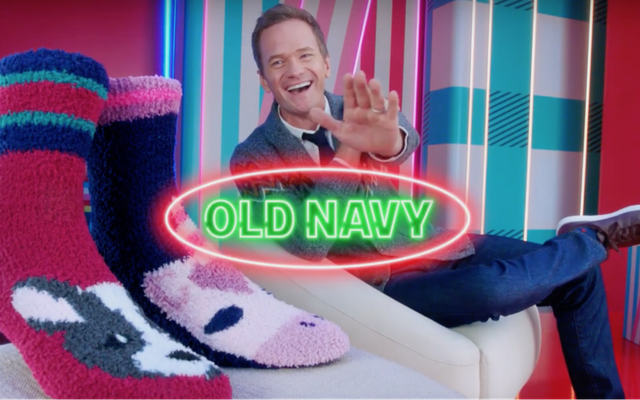 For the third year in a row, Old Navy is giving $1 million to Boys & Girls Clubs, based on the sales of its $1 Cozy Socks. For every pair purchased, it donated $1. It reached its $1 million goal quickly, selling 5 million pairs of socks.

To keep that giving spirit going, it linked #GivingTuesday to a tie-in with “Klaus,” a holiday Netflix film. The store is introducing holiday post office stations, inspired by the film, urging shoppers to write Klaus-themed postcards and “deliver kindness.”

The San Francisco-based retailer, amid a spin-off from parent company Gap, says the letter-writing effort is based on research showing that only 31% of Americans know their neighbors. To encourage people to send holiday greetings, Old Navy is covering the postage for letters people write in stores. It’s also created a digital postcard that allows people to appear in a Klaus-themed selfie.

Letter-writing is also the centerpiece of Macy’s National Believe Day. For every letter to Santa that it collects in stores, it will double its donations to Make-A-Wish, a nonprofit that helps critically ill children. It’s already pledged $1 million to the charity this season and says it will donate an additional $1 million if it collects enough letters.

It’s the Cincinnati-based retailer’s 12th letter campaign, and dozens of stores are teaming up with local community groups, including schools, as well as celebrity influencers and sports personalities.

Macy’s says it plans to take over Twitter again to celebrate, enabling fans to tweet to Santa directly with the #MacysBelieve hashtag.

Kohl’s is also stepping up seasonal donations, in its second National Giving Program effort. The Menomonee Falls, Wisconsin-based chain just announced $3.2 million in grants, spread among 300 nonprofit groups. It says the donations all continue the company’s ongoing commitment to family health and wellness. Groups are chosen by the company’s sales associates, based on the impact they have in their communities.