Comcast: David. L. Cohen To Step Down, Peacock Strategy To Be Unveiled In January 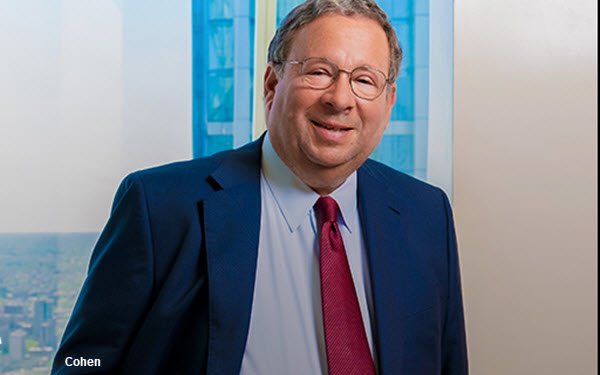 Comcast senior executive vice president David L. Cohen will be “stepping away from his many operational roles” at the end of the year, Comcast Chairman and CEO Brian Roberts announced in a letter yesterday.

Cohen will retain his title through the end of 2020, while focusing on “a succession process” that he and Roberts have been discussing for a year, Roberts said.

After 2020, Cohen will transition to being a senior advisor to Roberts and other top Comcast executives.

Cohen joined Comcast in 2002, when it was merging with AT&T Broadband, and has continued to work closely with Roberts through the company’s acquisition of NBC Universal, completed in 2013, and of Sky in 2018.

Cohen is also a political player. He served as chief of staff for Ed Rendell when Rendell was mayor of Philadelphia in the 1990s and is credited with helping the city to avert bankruptcy, and held the first fundraiser for Joe Biden’s presidential bid in April, reported NBC Philadelphia.

"I cannot let the moment pass without expressing my heartfelt thanks and appreciation to all of you for everything you do to make our company the leading news, sports, and journalism company that it is," Cohen wrote in a letter thanking Comcast employees and Roberts. "I consider myself truly fortunate to have had the opportunity to partner and work with all of you."

In other Comcast news, the company yesterday announced that it will unveil NBCUniversal’s plans for its upcoming Peacock streaming service, including the platform’s “overarching strategy,” in an investor meeting on January 16.

So far, NBCU has revealed little about Peacock other than that it will launch next April, and will have dual tiers: one paid subscription and the other advertising-supported. The AVOD version could be offered as a cheaper subscription plan, but recent reports have indicated that the company may be leaning toward making it free to all consumers.