CPG FYI: How To Compete For Shelf Space At Stew Leonard's 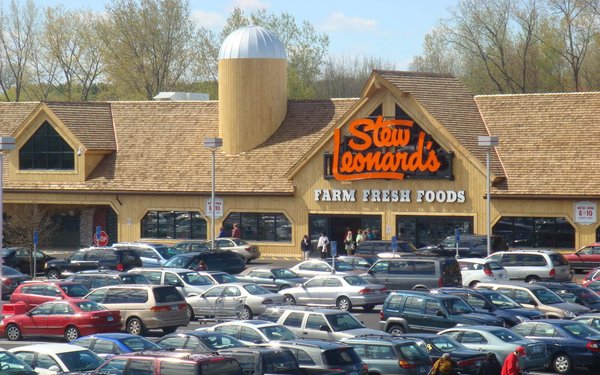 Successful CPG brands like Bear Naked Granola, Newman’s Own and Stacy’s Pita Chips all got their first shelf space at regional grocer Stew Leonard’s, which celebrates its 50th anniversary this year.

Even though major national brands compete continually for distribution at the chain’s seven stores in Connecticut, New Jersey and New York, Stew Leonard’s is always on the lookout for new products from unknowns.

CPG FYI sat down with president and CEO Stew Leonard Jr. and senior buyer Rick Baker to talk about how the company picks new CPG products — and the importance of price and private label brands.

CPG FYI:  You must see literally a ton of new products all the time from established and new brands.

Leonard: Rick has seen tens of thousands over the almost 30 years he’s been here.

Baker: The good, the bad and the ugly.

CPG FYI: What are some of the considerations involved?

CPG FYI:Are there limitations on what you can discern strictly from sales data?

Leonard: Our produce buyer is retiring after forty years, and we’ve met some very, very incredibly sharp data people who can analyze things down to the bone.

And then we’ve got a person who knows all the competitors and what’s selling, what’s new, whether it’s the latest veggie spiral cut or whatever. So the question becomes, what blend do you want?

CPG FYI:What are some CPG products you’ve taken on from new brands?

Baker: Three Wishes cereal is a high-protein, low-sugar product that appeals to people with kids.

When you meet with the owners of a new company, you get a feel for whether you think they can come in here and grow things from the beginning. Similar to the people at Bear Naked, you just know Three Wishes is going to make it a home run.

Leonard: Starting a company can be great, but there’s some strings attached to that. Our slotting allowance is that they have to get their butts in here and demo the product. We’re not going to ask them for money to be on the shelf. We’re going to ask them to take that money and put it into the customer’s mouth.

CPG FYI:With all of the brands competing for your shelf space, why did you expend the time and effort involved with Stew’s Tank?

Leonard: What we’re looking for is really early companies before the big consumer packaged-goods companies get ahold of [them].

We want to look for something before Pepsi hears about, it or before Kellogg’s hears about it.

Was Stew’s Tank worth it? It was a lot of work. But we helped four companies, and I’m very happy about that.

Baker: We probably get a package every single day with something from Kraft Heinz. That’s the extent of [its] marketing.

A brand-new, little company is going to come in here with the product, talk to you about it — and they’re going to love that product and do everything it takes. They have their entire life savings involved.

CPG FYI:Why is price so important?

Leonard: It’s not like everyone has a big wad of cash in their back pocket and can afford to buy whatever they want. We work very hard on cost. Most of our suppliers are asking us to raise our prices because they don’t want us to be lower than Whole Foods and a lot of these other competitors.

CPG FYI:Where do you stand on private-label products?

Baker: We’ve gone from 15% to over 30% in grocery over the last 10 years. In our meat department, we’re like 90% private label: Stew’s bacon, Stew’s sausage, Stew’s everything.

Leonard: Really, I would love to be 100%  private label if I could.

Baker: We try to do as much private label as we possibly can. If we can find someone who can make a great product and bring it in at a lower price for our customers, that’s a home run.