Toyota Spends Most On TV In November, Chevy Most-Seen Ad 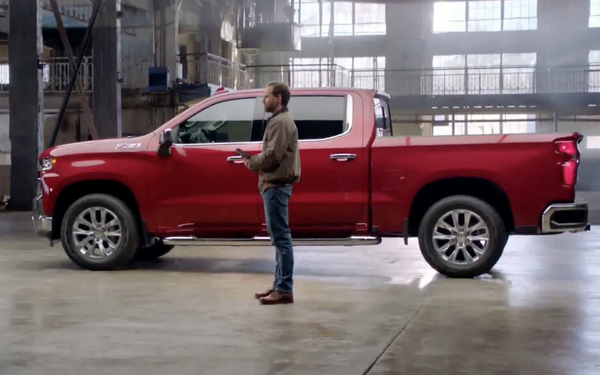 Automakers spent an estimated $519 million on TV ads during November, a decrease of 2.1% from October’s $530.1 million — although top-spender Toyota increased its spend from October, according to iSpot.tv,

Toyota spent the most (an estimated $52.3 million), an increase from its October spend (an estimated $47.9 million). From an overall brand standpoint, Ford narrowly beat Toyota for the most-seen ads (3.78 billion impressions).

“Fox and Friends” was the top non-sports program that generated high impression-counts, with 226.3 million TV ad impressions. But perhaps more notable is that the top non-sports/non-news program with the most impressions was “The Big Bang Theory” (169.7 million impressions), which had its series finale this past May and is now in syndicated reruns.

As seen earlier this fall, automakers prioritized spend during football Sundays, and as a result those days also saw consistent spikes in impressions for the industry. Ford had a particularly large outlay during NFL football on Nov. 28 (Thanksgiving Day), and also generated the most impressions of the top five brands that day, according to iSpot.tv.

Sports-related programming took five of the top ten placements when it came to impressions generated (in October, sports held six spots), and four of the top 10 placements were news programs.

Three of those news programs had under $275K in spend (“FOX and Friends,” “Fox News at Night With Shannon Bream” and “Morning Joe.”)

Given the football focus, it makes sense that Sundays and Saturdays were the top two days of the week delivering impressions for automakers. The prime-time daypart dominated with 7.9 billion impressions, with weekend afternoons (4.1 billion) and early fringe (2.6 billion) in second and third, respectively.

While NFL football was the number-one impressions driver for the Chevrolet and Honda spots, reruns of “The Big Bang Theory” drove high impression-counts for each of the spots. Subaru also saw success with the History series “The Curse of Oak Island.”

Both the Honda and Subaru spots are heavy on emotion, which seems par for the course during the holiday season.

automotive
1 comment about "Toyota Spends Most On TV In November, Chevy Most-Seen Ad".
Check to receive email when comments are posted.
Next story loading