That 'I'll Never Do That Again' Panel 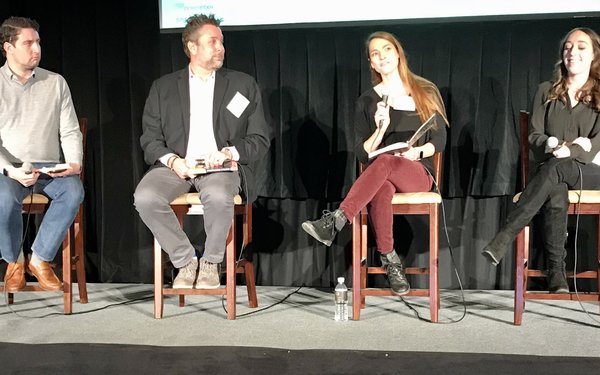 Once again, it's time for the ever-popular "how I screwed up an email" panel!

Everyone on the panel had an oops moment to share -- but what really came into play was the discussion about being human and being divine about errors.

And did people in our Email Insider Summit audience want to hear about how to handle the fuck-ups amuck us.

It came down to the difference between gratuitous messing up and a clearly human error. "Be patient with people who have made mistakes," advised moderator Michael Pattison, senior manager, relationship marketing, Vail Resorts.

Chester Bullock, director, marketing technology, The RentPath Network, who had a whopper of a failure to share, said his mistake led to his learning. "It's the only way to learn," he noted. More on that later.

Maggie Leisy, marketing manager, CRM, GoPro, spoke about an event earlier this year when she was overloaded with work, since a manager had left her team. As the ecommerce team was ramping up promotions for EMEA (Europe, Middle East, Africa), they asked if they might offer this audience the same offer made to its U.S. audience: a rebate on a purchase.

So Leisy drafted the promotional email, took it upon herself to convert the $50 to euros and came up with €44. Off it went -- only to have the director of international e-ommerce call her up to say it should have been €50. "Don't assume you know the right pricing," she said. "Have your emails QA'd."

Now, she says, the ecommerce team distributes a promotional calendar for every region with the currency within that region. It helps the social and advertising teams as well.

For Alana Liebenthal, marketing manager, 3 Day Blinds, the scales dropped from her eyes when she realized that, having inherited the ESP at her company, it wasn't working as well as it might. So, instead of doing "all the fun stuff like personalization," she had to take giant steps back and think it all through from start to finish. "My big mistake was sprinting before I learned to crawl."

But back to Bullock. It was January 2013 and he was working at Ticketmaster, which was tasked with sending a personalized special URL to 250,000 people who were interested in buying tickets to President Obama's second inaugural.

"Sunday night, it was six or seven, I finished the email, it was all good. It was set to deploy at 4 a.m. on Monday. The minute I hit send, I thought, 'Something's wrong.'" The email went to all 250,000 people in two minutes, about 10 hours before it was supposed to. Ticketmaster had to get the inventory ready pronto, and they sold out in 15 minutes.

The next morning, it was all over the news, with media claiming Ticketmaster was part of a controversy to keep certain people from attending events. "Rachel Maddow called for my head."