Tide May Be Turning For Beleaguered Campbell Soup Brands 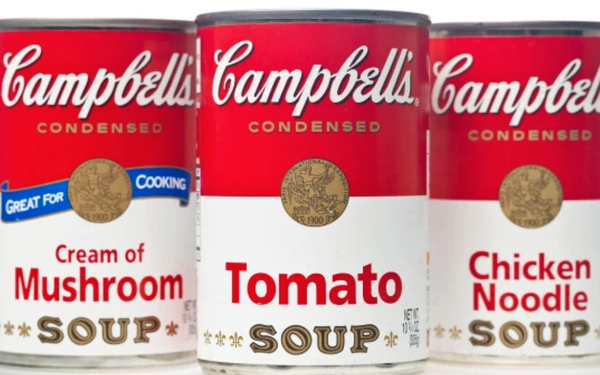 If more people routinely had soup along with snacks, things would be a lot brighter at Campbell Soup Co. The CPG giant just saw its soup market share increase for the first time in nearly three years, but snacks continue to be its strongest segment.

“But clearly, we have not yet achieved our overall goal of stabilization. This will take some time, but I am happy with the progress,” president and CEO Mark Clouse said on a conference call with investors last week.

“In fact, we grew or maintained share across the condensed, ready-to-serve and broth categories. This is one of the early indicators of progress on our three-year journey to revitalize U.S. soup.”

Softness in soup sales were attributed in part to the later timing of Thanksgiving 2019. Some shipments during the Thanksgiving season, when Campbell soups and broths are featured holiday recipes, will carry over to the second quarter’s financial results.

Total distribution points for soup continued to decline in the quarter, attributed in part to subpar attention paid to retailer relationships in recent years.

“Approximately 80% of these TDP losses are what I would characterize as non-regrettable, meaning that they were lower-velocity SKUs coming from the tail of our condensed and read-to-serve segments,” Clouse explained.

“However, about 20% are SKUs that should remain…we're pushing hard to get those back.”

Campbell has renewed its investments in soup advertising, one result being a sales increase of “about 7%, and our condensed eating soups are up almost double digits” in the four weeks prior to Dec. 4.

“And no doubt, underlying that too is this improvement I would say in our retail partnerships, where people are embracing the fact that we're coming back to the table with the vision and a direction.”

Elsewhere in Campbell meals and beverages, Prego maintained its number-one share position in the Italian sauce category, while efforts to rejuvenate the classic red V8 remain a work in progress.

“Our new campaign focuses on a master brand story for V8 as the original plant power drink. We believe we have the right to own this space and are pleased with early indications of this investment,” said Clouse.

“I mean the fact of the matter is, we're living a little bit with the history of not having supported the category and the businesses.”

Pepperidge Farm led the way in snacks, with its 20th consecutive quarter of organic sales growth.