Bad Day At Black Rock: CBS Landmark Is For Sale 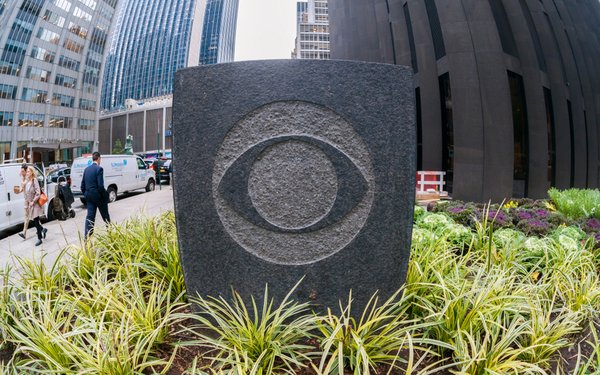 How powerful it once was, and how quaint it looks now.

In a nutshell, that was the impression of Black Rock, CBS’s landmark headquarters building at 52nd Street and Sixth Avenue, after glimpsing it through a taxi window on a recent visit to midtown Manhattan.

The building -- designed by Eero Saarinen and completed in 1965, four years after the architect's death -- was an instant classic that became a symbol of the power of CBS, the media conglomerate of its age.

And now it's for sale, which symbolizes something else entirely in the history and evolution of CBS -- namely, the company's new status as just another part of a conglomerate of the current age, ViacomCBS.

The name of the new company itself -- formed officially just last week -- says it all: Viacom, a word that is decidedly less well-known to the general public than CBS, which is known to everybody, got the lead position in this new moniker.

The CEO of the new ViacomCBS (not “CBSViacom”), Bob Bakish -- a Viacom guy, not a CBS one -- announced the proposed sale of Black Rock at a financial conference in New York. “Black Rock is not an asset we need to own,” he said flatly, “and we believe that money would be put to better use elsewhere.”

And that's that. Evidently, Bob Bakish is not a sentimental guy when it comes to CBS, real estate or landmark architecture.

True, Black Rock was too small to continue as the headquarters of a modern-day media giant. Perhaps the new ViacomCBS will take up residence in a much larger building, or build one of its own.

It is one of those buildings that long-time New Yorkers will still call by its original name long after the network's remaining offices there move elsewhere.

For a long-time journalist on the TV beat, visits to Black Rock enlivened many an afternoon and evening.

Each spring, it was the site of a press breakfast at which Les Moonves and his team of programming execs would ballyhoo the new fall lineup they would unveil formally later that day at the annual Upfront at Carnegie Hall.

And each December, Black Rock was the site of a raucous holiday party thrown for TV-beat journalists that was held on an executive floor high up in the building. The party was famous for its pigs-in-a-blanket and for the cramped space in which it was held.

My own memories of Black Rock include a private lunch or two in the small dining rooms that were adjacent to some of the executive offices. Waiters in white jackets would serve our lunches on China plates topped by a silver dome.

That world is gone now, replaced by the media world we have now. Perhaps it was shrewd for Bob Bakish to direct that Black Rock be sold. The electronic media of today is not like the media of yesteryear. Why hang on to a headquarters from 1965?