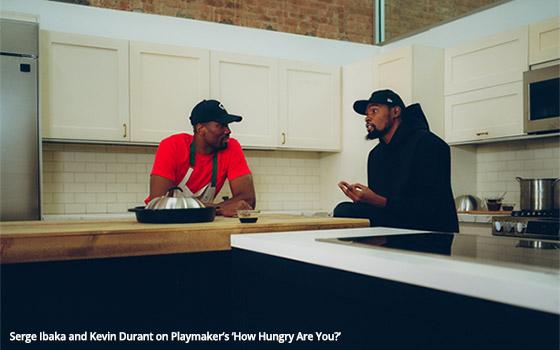 Playmaker marks an unexpected expansion for the network, led by Bob Kantor, former Global CMO at MDC Partners, through a partnership with Crossmedia. Now, member agencies, such as creative shop Pereira O'Dell, intelligence firm Main Street One, are enabled to collaborate with this sports media brand, and vice versa.

In 2019, Playmaker created 8 of the 10 highest performing branded content videos across Instagram and has worked with blue chip brands including Google, adidas, and PlayStation. The shop’s expertise lies in the ability to connect brands to the right athletes and allows Playmaker to facilitate relationships between fan communities, athletes, and the brands that seek to reach them.

This deal developed from personal connections. Kantor previously worked with Playmaker CEO Howard Mittman when the latter was at Condé Nast. In their new roles, both recognized the untapped potential of joining forces.

“Today’s marketers are seeking the most authentic, organic, integrated communications, and only Bleacher Report’s Playmaker has the access, insight, and expertise to leverage its unrivaled understanding of sports culture,” says Kantor. “We wanted the top sports marketing agency within our modern portfolio. Consistently, we found Playmaker was behind the industry’s best work.”